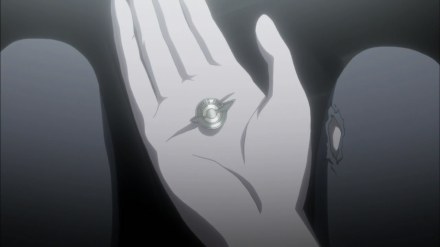 Konbanwa! I’ll try to keep today’s post as short as possible so you have time to listen rather than read my rambling >.<

Like I’ve mentioned before, most of the songs I decide to listen to hold some sort of meaning. There are those songs whose meaning shines above the others’, however, so today, I’ve managed to single out a few that I would like to share with you all. Enjoy ~

Yeah, I know it’s from a game, but this came second in terms of my anime discovery, first being that Negima!? OVA. I did a little research and found out it was a fantasy game, but it had an animation – and someone posted it on YouTube, too, so that’s like hittin’ two Desians with one swing, right? I watched up until the first episode of the United World Arc, after which I waited like a middle school boy expecting a love letter for those last two OVA episodes to be released about a year later. This song is not only catchy, but also holds memory as my first technical “anime song.” Kinda cool if ya ask me!

A Certain Scientific Railgun Opening: “only my railgun” by fripSide

So, I’M OBSESSED WITH RAILGUN AND THE FRANCHISE I JUST CAN’T STOP LOVING ITTTTT!!! It was also one of the first anime I had ever seen, and by golly has it remained high in my ratings. I think I love this show so much because it does a fantastic job at balancing the scary epic scientific side with nice character development, but the show never forgets to have some fun 😀 *sets quarter on thumb and flicks* “Only my RAILGUN can shoot it. imasugu . . . !”

Steins;Gate Opening: “Hacking to the Gate” by Kanako Itou

Did I sound like I was belittling this song yesterday? Aww, Robotics;Notes, honey, go back and play with your wittle robot toys, because SHIT GETS TRULY SCIENTIFIC IN THIS SONG. Where would we be without this time-travelling masterpiece? I wouldn’t have my future with anime, that’s for sure. Looking back, Steins;Gate is probably the show that pushed me down the anime path. Without it, I would have run into Railgun at all! Being the first 10/10 I have ever given, it was the most incredible ride I’ve ever had with an anime, that’s for sure. Heck yes, I’ve been impressed with an assortment of fantastic shows, but very few hold a candle to Steins;Gate‘s wit, charm, and superior writing. How I wish I could experience the feels all over again . . .

So there we have it! Three songs that resonate from the beginnings of my anime journey, and of course they hold a ton of meaning to me. I’m actually curious: Do your first shows tend to have songs with the most meaning, or is that just me? Comment below; I’m interested, as another song that holds much meaning is my first anime’s opening, “1000% Sparking” from Negima!?, but I thought I’d avoid writing about the first, ya know? This get sad this next day, so until tomorrow, this has been

8 thoughts on “30-Day Song Challenge Day 7: Songs That Hold A Lot Of Meaning To You”