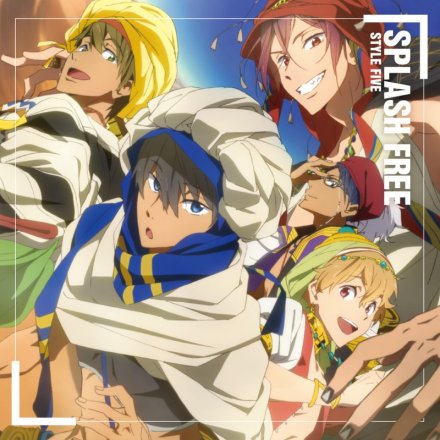 Ahhh, summer, it’s a shame you have passed, as my S word has taken your throne (ongoing joke with MarvelouslyMismatched, hi btw). I think I’ll start sobbing if I continue, so I’ll just get to the songs. We’ve got a lot of them today, so I’ll keep my ramblings short!

I’ve never actually seen all of this particular season, but I came across this song while searching for something Beyblade way back in the day. I think we were looking for songs to listen to while we played, and BAM, summer was complete! I reminisce about my childhood quite often, as I cherish all of the lovely memories, and this just happens to be a snippet from my life. 🙂

More Beyblade background noise, but ooohh gawd, this song brings back all kinds of memories of playing with my sister. We made our own B-Pit, which was the shop in Beyblade Metal Fusion. We took turns playing shopkeeper and sold our own parts to each other :> Oh the silly things of youth! It’s been a while since I’ve heard this one.

As part of my “first summer anime expansion,” Railgun was the best anime from the selection. I clearly recall obsessing the hell out of it, even to the point where I took notes about the AIM concepts (I still OBSESS). Since I already used the first opening, I opted for the second, as it’s just as fantastic! It fits the atmosphere Therestina created in the second half perfectly! I spent many a hot, sunny, summer days watching this one on my bed, like ya do ~

C’mon, you can’t have summer without this girl-pleasing water-dripping muscle-flexing show! This sassy song is the ending for the swimming anime, and its desert visuals are such an outstanding contrast! I think that’s all I say for now. Yup. Who’s excited for the English dub??

From Nagi-Asu: A Lull in the Sea, “lull ~Soshite Bokura wa~” by Ray

Nothing screams summer than an anime that takes place 50% in THE WATER! I just got done watching this anime a couple weeks ago, and it left quite the void. Those days I spent relaxing in my room while the sun hammered the city will never be forgotten with this cool song ~

Weren’t expecting this, were you. You thought it’d be something so cheery and summer-y, right? I watched this anime when I reunited with my California cousins who I rarely get to see. After a bit of catching up, and awkwardness, we both revealed that we love anime, and BAMMM instant buddies again 😀 We watched it through my sister’s Thunderbolt (a phone) and I remember one of the local kids trying to squeeze himself into our frame. He had a dripping dill pickle in his right hand, and I think some of the juices got on our pants. *facepalm* But it’s the memories that count, right?

Whew! That’s a lot of songs for one day. Tune in tomorrow where I’ll try not to upload my entire playlist, hehe. ‘Till then, this has been

22 thoughts on “30-Day Song Challenge Day 11: Songs That Remind You Of Summer”