That’s right, not just ordinary reasons — Ballistic reasons. What does that mean different for this top five list? Not much, actually. There’s no point in my reviewing this popular girls-meets-tanks anime because I’d just be saying the same darn things as everyone else. So instead, here are five reasons –ballistic reasons– you should be watching or have already watched Girls und Panties. Take notes.

ONE: There are tanks.

They’re teenage girls squatting in hefty, musty, roving WWII metal boxes of death. Sure, cute girls, but dude, freaking tanks. It makes the Strike Witches look like basic b*tches with iron high-heels. The tanks are designed using 3DCG, but who gives a flying flip? It’s good CG –hell, it’s great CG–and none of the fight scenes are too jarring to make you cringe. These authentic armored panzies (not pansies you pansy) move with such vigorous power that it’s a crime not to stare at their treads and drool. Everything from their movement (drift in episode 12 doesn’t count) to the metallic texture and oil stains just seems legit. This alone should be enough of a push, but since you’re still hesitant, here’s four more reasons for Girls und Privies. 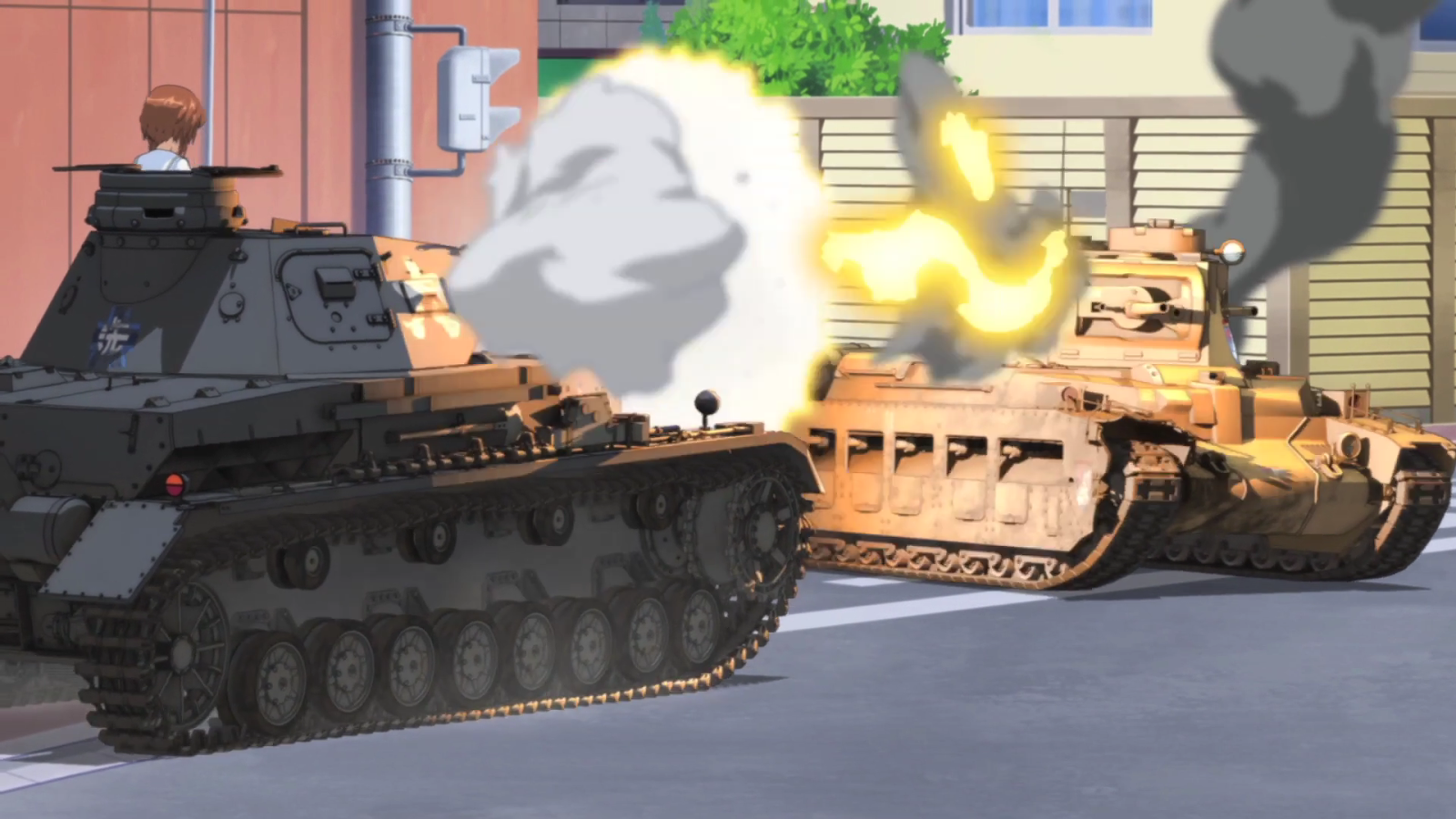 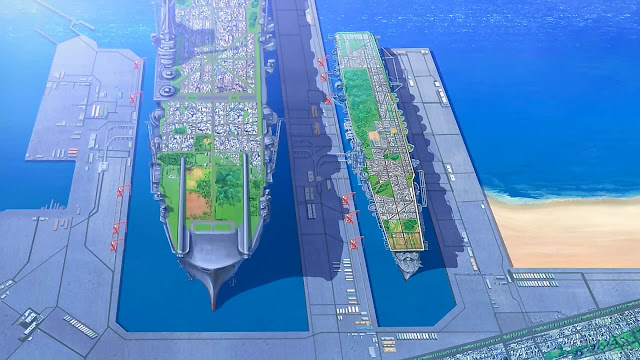 TWO: Their town is on a big boat.

Okay, aircraft carrier. Same thing. In a world where every town and city alike is set adrift on the Atlantic, competition is inevitable. Look here, England’s boat is nearly twice as big as Japan’s. To get your mind out of the gutter, it means that this English team has more funding than the Japanese one. I know these aren’t the main lands on each carrier, but guys, the spirit of competition is out there and everywhere! When you participate in tankery, you not only represent the team or family or the city, but the culture as a whole. Need to pick up some floral tank air fresheners? Stop at your local Ooari outlet, park the ship, then shop ’till you drop, cause it’s gonna be a long ride across the Pacific to Saunders. 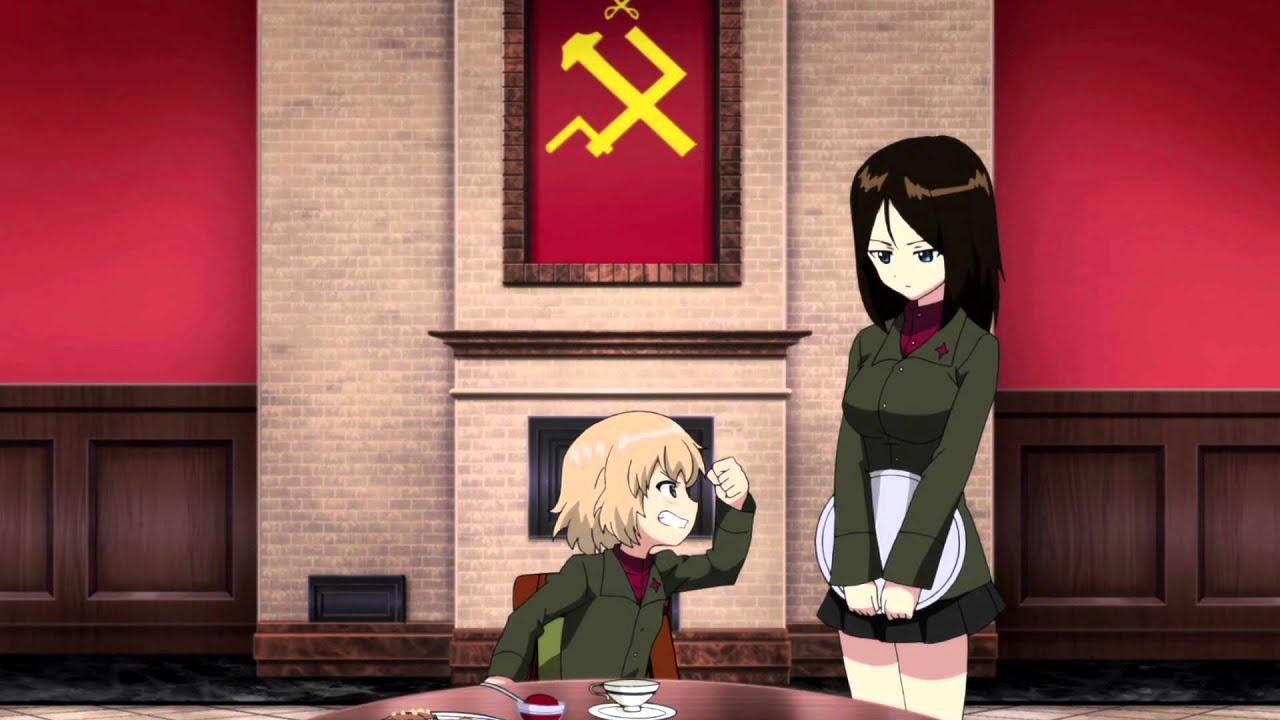 Oh c’mon, you know it’s good stuff. While I don’t appreciate racism, the teams in Girls und Prejudice are basically a hodgepodge of cultural stereotypes. Japan (or is it supposed to be Germany, I digress), England, the United States, Russia, and even Italy all get their faces poked fun at in explosive tank warfare. England (AKA St. Gloriana) calmly drinks tea (pinkies up bruh) and fights with organized justice; the United States (AKA Saunders) boisterously storms with overwhelming numbers and even cheats in their fight, yet proves they still have much to learn; Mother Russia (AKA Pravda) *cue heavy accent* takes to the ice and snow to out-maneuver any opponent who opposes their almighty Katyusha. HAIL. You’ll laugh, trust me.

FOUR: As much as they succeed, they fail.

Not everyone likes a daughter who abandons the family career to pursue their own. Threatening to stray away from the family style is also a huge no-no. In the Girls und Pussies world, girls are the tough ones — they’re the ones riding the tanks, after all! These gals have to suck it up and rub some dirt on their wounds in order to persevere in a world where failure is eminent. These old tanks are smelly; they’re too old and rustic; the treads keep snapping off; these seats are too cold (yet we’ll keep wearing skirts cause thigh gap). All this and more, we root for the underdog, and we get this natural high to shout with them when the odds are against them. They transform failure into lessons, as it should be. 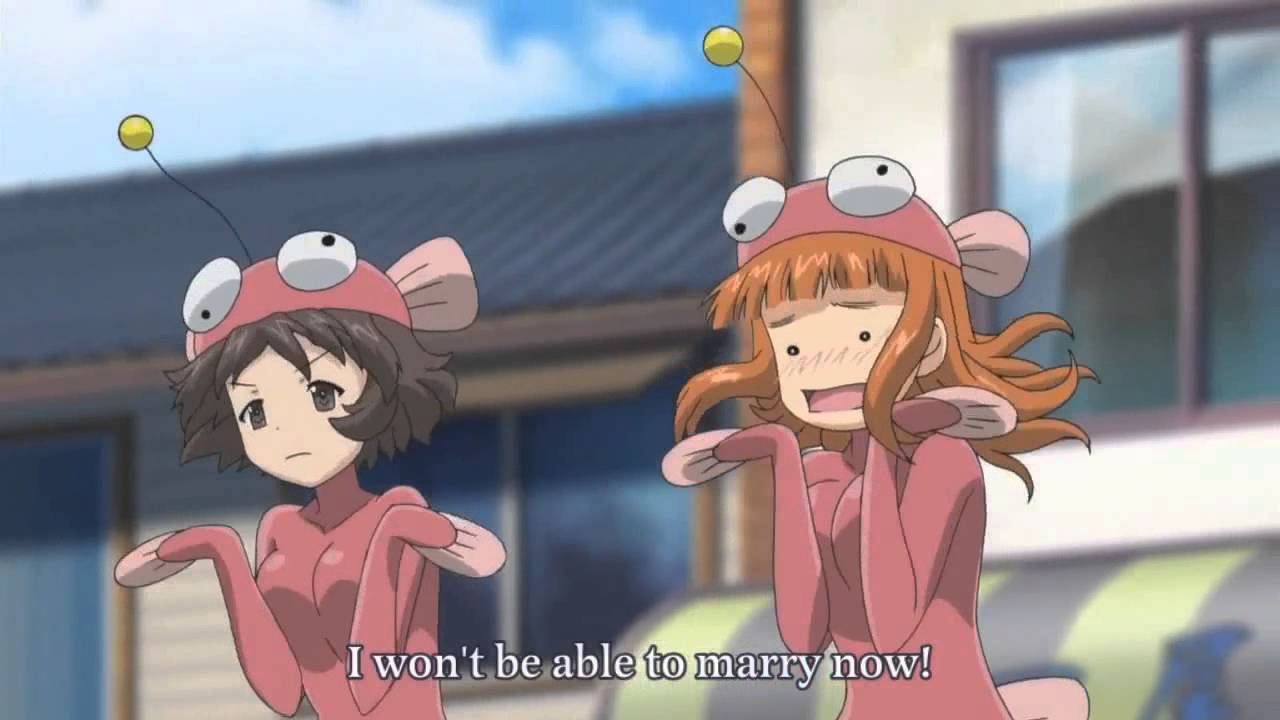 FOUR 1/2: The English dub sucks, but the soundtrack is loaded with incredibly addictive war anthems provided by the marching band.

FIVE: The battles are smart and engaging.

If there’s anything you’ve taken from this lazy-ass list, it should be this. All of the combat performed in Girls und Paint Jobs is highly entertaining. For every wreck the Ooari girls get themselves into, they, as a collective, somehow manage to hash out a plan and take action in a fairly believable manner. You’ll be so left on edge, in fact, that your Panzers you vor will be in a knot, hah! Tactical, intriguing, and always dishing out suspenseful scenarios for our Anglerfish Team, the art tankery itself is by far Girls und Pedophiles’ highest vantage point. So there are five solid reasons to hit up Girls und Please-share-this-post. I was trying to be humorous with it all, so you should let me know if I passed in the comments. Seriously though, I love this anime! It’s a “Cake” for me! I haven’t seen the OVAs (on purpose, cause there’s supposedly no tank combat and outside the tank, GuP is so boring) or the new movie, but maybe I will if it gets localized. Do you have any other strong reasons to watch Girls und Panzer? Let us all know, thanks for dropping by, and until next time, this has been