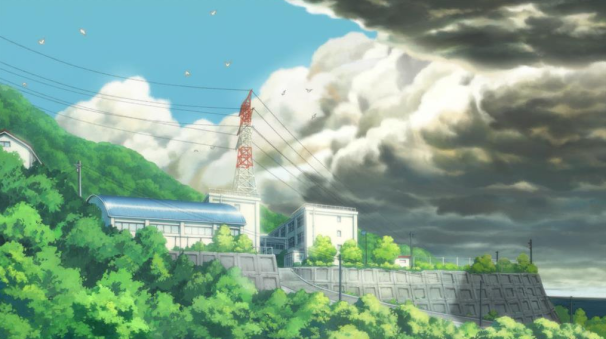 Thunder in the Distance

On the eve of his middle school culture festival, Azuma has a fight with his best friend Saijou after suddenly deciding to quit their baseball team. Azuma’s reasons are his own, but Saijou just can’t understand why his friend would depart from the sport they’ve been playing together since childhood. Any time for reconciliation is cut short by the shattering of a glass window in their classroom, and the fierce winds of a typhoon rocking their little island.

Right before the rain hits, Azuma notices a girl who, despite wearing their school uniform, doesn’t actually attend their school. Or at least, she shouldn’t. Shrouded in mystery, the girl quickly flees, and the storm rages on. What connects this enigmatic girl to the typhoon that is shaking up their island, and can Azuma and Saijou’s friendship be saved by this tempestuous storm of emotions?

As far as characters go, Azuma and Saijou aren’t the most memorable boys out there, but they tell their story well enough to convey their frustrations with miscommunication and self-esteem. They are charming in their own way, Saijou embodying the “prince” of the class, confident and always willing to lend a hand, and Azuma being a total introvert just wanting to mind his own business and figure out what kind of person he truly wants to be. Dynamic as they are different, they really do mirror the interplay between thunder and lightning, rain and wind—one following the other in this clash of ambitions. 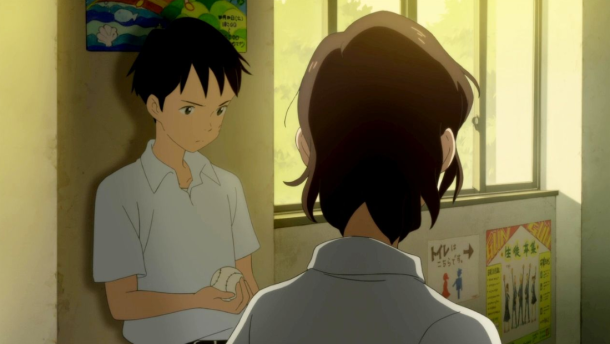 To save a young girl, two boys must first save themselves. Azuma uses the girl’s dire situation to prove to himself that he can help other people, and Saijou takes Azuma’s abrupt disappearance to reflect on their relationship. I can’t really say anything about the mystery girl without spoiling the entire plot, but I find her mere presence and willingness to lend an ear to a complete stranger to be proof that people are—as they have always been—worthy of redemption.

What immediately draws the viewer to Typhoon Noruda is the animation, no two ways about it.  From the sparkling rain to the leafy trees, busted wooden floorboards, and colorful school festival debris blowing in the wind, the attention to detail in crafting this turbulent environment truly paints the picture of a severe tropical thunderstorm.

The film looks incredible, with fluidly animated and expressive character designs, and the titular storm intensifying in the background. And the ash-colored clouds, how they move with such majesty, as if to shout, “Behold the storm!” Talk about a stunning sight. Down to the last drop, Studio Colorido produces a visual spectacle, and an ode to all us thunderstorm lovers. It’s as if a Makoto Shinkai setting and Mamoru Hosoda characters were married off and bang, Typhoon Noruda. Well, Comix Wave Films was listed in the credits, so it’s no wonder the Shinkai aesthetic feels so present here.

For sound, Typhoon Noruda is supported by your standard string orchestral soundtrack, 15 minutes worth of music that follows the characters through to the climax. The real gem here is the credits song, “Arashi no Ato de” or “After the Rain” by Galileo Galilei, which is so good it gets its own official VEVO video, how about that. Seriously though, reminiscent of youthful days and fleeting childhood, this ED theme was how I was introduced to the film—and it’s arguably better than the film itself!

Lastly, John Swasey directs a solid dub, Greg Cote conveying the honesty and extroverted nature Saijou’s rash character, and Adam Gibbs nailing the discomfort and insignificance of Azuma’s naivete. I found myself really relating to Azuma through Gibbs’ performance, as I certainly know what it feels like to be the social outlier in class. 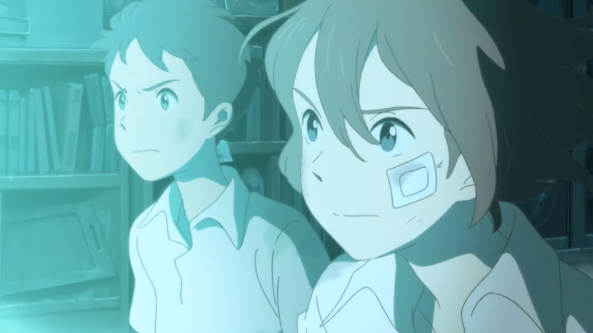 Rain or Shine, We’ll Make it Through

Just as it sounds, Typhoon Noruda is a school fantasy short film anchored around youth and friendship. Despite only 26 minutes to tell its story, the film does follow a decent progression of exposition, rising action, and climax, never sticking on one plot point for too long. By the end, the conflict between the two boys feels decently resolved, and you’re only left briefly pondering a bit of the fantasy aspect (which I won’t spoil for you). It’s not perfectly convincing by any means, but for a mere half hour, the experience of the storm itself makes the film worth watching.

Simply, Typhoon Noruda is an entertaining, endearing story about insecurities and self-expression. As a small indie project from Studio Colorido, the visual and audio quality of the piece far outshines any looming clouds one may have about the plot and characters. Save this one for a rainy day, and you just might find yourself whisked away by the storm, left only to the freeing pleasure of having watched two relatable teenagers face life head-on—and leave their misgivings with youth behind with no regrets.

Remember, cherish what you have. — Noruda

I remember chatting with Neha over at Biblionyan, saying how I’ve been wanting to watch this film for sooo long, and how I even owned the Blu-ray yet just left it sitting on my shelf! Well, part of me was saving it for a rainy day (literally) to soak in the entire ambiance of stormy afternoons, which I finally got. I talked more about that feeling in my most recent “Cafe Talk,” so be sure to check that out. Anyway, I’m really glad that I enjoyed the “Cake” worthy Typhoon Noruda. It’s not a novel piece by any means, but for 30 minutes of unfiltered thunder and rain, what’s to lose?

I’d love to hear whether or not you enjoyed this recently licensed title by Sentai Filmworks! If you’ve yet to see it, but have been wanting to as I was, I pray for a cloudy day on the forecast just for you! Until next time, this has been

4 thoughts on “Typhoon Noruda: A Storm of Emotions || Review”