Chances are that if you were linked here from another blogger pal, then you might be new. To those first-timers, “Hi, I’m Takuto, welcome to my anime cafe!” For the OWLS blog tour’s eleventh monthly topic of 2019, “Failure,” I wanted to dabble just a bit into the sweetest little show that’s been on my plate as of late. We’re talking about Yumeiro Patissiere and a young girl’s road to becoming a pastry chef—and don’t worry, I’m not gonna sugarcoat any part of her great struggles!

One of the best ways we can learn is through failure. This month we will be talking about the failures of our favorite characters in pop culture media and what we can learn from them. We will also reflect on our own mistakes and failures and how those experiences have allowed us to grow as human beings.

I’m gonna keep this sweet and simple, just as the show would serve it to you, so thanks Lyn for the prompt! 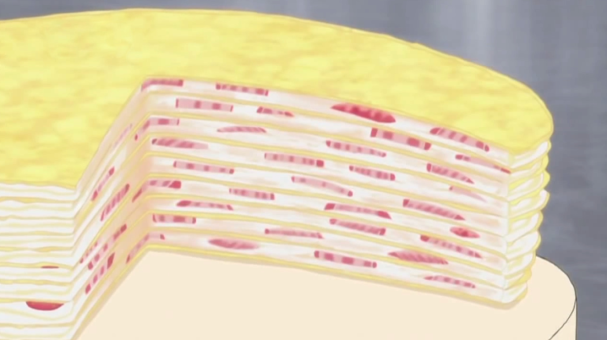 A brief discussion of the 50-episode fall 2009 anime “Yumeiro Patissiere,” stylized as “Yumeiro Pâtissière,” animated by Studio Pierrot and Studio Hibari, directed by Suzuki Iku, and based on the manga by Natsumi Matsumoto. Minor spoilers for the first 12 episodes will be present.

Thrown Into the Culinary World

Ichigo Amano may just be a middle schooler, but she’s nothing when compared to her piano prodigy of a kid sister. In fact, Ichigo hasn’t ever been successful at anything, but she does have a passion for eating cakes. This unique tongue of hers leads Ichigo to Henri Lucas, a famous patissier who not only recognizes Ichigo’s tasting talents, but points her towards St. Marie Academy. This prestigious culinary school specializes in the art of desserts, and just so happens to be her late grandma’s alma mater, who was an accomplished confectioner in her own right.

Despite being a beginner lacking all of the essential skills for the craft (and thanks to being recommended by THE Henri sensei), Ichigo is placed in the elite A Group with the “Sweets Princes.” Famous throughout the school for their enchanting treats (and charming good looks), the trio is composed of Andou, an analytical, traditional Japanese sweets specialist; Hanabusa, a delicate boy who crafts elegant candied flowers; and Kashino, a gifted chocolatier with an attitude that’s not afraid to bite back.

While they’d likely fair well on their own (save for poor Ichigo), each of the kids in A Group are accompanied by their “Sweets Spirits,” fairies from a distant land who make patissiers’ dreams come true by aiding them in the kitchen with tips and tricks. Together, they all work towards their unique goals in the competitive world of sweets, and pray each day that their combined efforts will pay off in the future.

The Strong Must Protect the Sweet

The culinary world will always be a scary one to me, so it’s no wonder that Ichigo is freaking out when she’s placed among the school’s elite from the get-go. Easily the kind of girl to mistake the salt for sugar, Ichigo is a total klutz—and this doesn’t take too long for her new classmates to figure out. Every minute Ichigo spends with the esteemed Sweets Princes soils their perfect reputation.

However, as she works her saccharine magic on their hearts and they bond together through late night practice sessions in the kitchen, the Sweets Princes slowly start to care less about what their peers think and more about what their savory sweets mean to those that fall for their confectionery. By bouncing their knowledge and creativity off one another, the members of A Group learn most of all that love is just as essential an ingredient as flour, eggs, or sugar are.

Japan has this thing about letting us know how exploited and overworked students can sometimes feel in elite academic settings. The tiniest compliments can give such students the greatest confidence boost, but the slightest criticism can be absolutely devastating. It’s a fine line us students pressured by high standards find ourselves tight-roping across, and that’s exactly where Ichigo finds herself at St. Marie.

At its earliest low in the series’ first twelve episodes, Ichigo almost quits school entirely. The moment before she left her dorm for home, she got ahead of herself and thought she’d do well in the upcoming cake-baking tournament without having had more experience behind her. Of course, she was just joking around with the Sweets Princes, boasting because they had recently served up something incredible as a team, but Andou and Hanabusa, who are normally very kind and supportive, snapped back and told her how wrong she was—that the competitive world of a pastry chef is much more arduous and complicated than baking a cake for some kids.

This revelation—and it coming from the nicest people in her class—throws Ichigo from the top of the summit to the bottom of the ravine. One minute she felt like she could joke around and laugh at her successes and failures alike with her esteemed peers, the next she couldn’t feel more distant from them. Here, we have a middle school girl voicing the concerns of every struggling honor student in academia:

I got into the school fine, but it was just screw up after screw up, day after day. And once in a while, when someone complimented me, I got way too carried away. I think I’m just not cut out for that place. — Ichigo Amano

Inspiration Lies In Our Humble Beginnings

It takes going back to her creative roots—to her grandma’s old sweets shop, and the source of her inspiration—to jump-start that confidence and motivate Ichigo to get back on her feet. Ichigo even gets the chance to flex in front of her incredibly talented younger sister, showing off all the skills she learned at her fancy academy. It turns out, when she has to fend for herself, Ichigo knows a lot more than she gives herself credit for

When she asks her uncle to make the house special strawberry tart, only she—not even her talented sister—notices that her grandma’s recipe was changed. It is at that very moment that Ichigo realizes she is qualified for this career, and she becomes even more deeply connected with her grandma’s unique style as a patissier.

Having turned a new leaf, Ichigo feels ready to get back to baking. Of course, kind hearts attract good company, as Ichigo’s mom had her packed bags ready to go in the trunk the whole time. Imparting precious wisdom, Kyouko Amano drops her clumsy yet dedicated daughter back off at the academy. Honestly, that’s #familygoals, but she also wouldn’t be coming back were it not for her friends in A Group who covered for her abrupt absence.

When the going gets tough, sometimes we have to take life one chocolate cake roll at a time. We should take chances, and even if we suck, we should never give up. We should polish our dreams like jewels, and even when we want to cry, if we try smiling while doing something we love, we just might be able to change our whole day around all on our own. Sometimes, all it takes is going back to our humble beginnings to realize just how far we’ve traveled. There are more takeaways one could make, but hey, sometimes the shortest explanations are the sweetest ones. 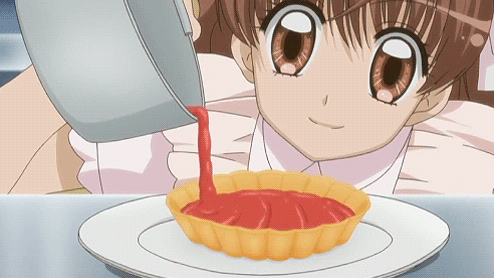 It’s ok to get depressed sometimes. But what’s important is to get back on our feet when we’re ready. — Kyouko Amano

Just like the opening says, Yumeiro Patissiere is “Light and soft and fluffy! Melt-in-your-mouth sweet! It’ll bring you so much unbridled happiness.” So on and so forth. Yumeiro Patisserie is a gem, a certified “Cake” like you’ve never had it, and one that has a fun flavor you’ll never forget! I doubt anyone’s ever heard of this anime (I hadn’t, until the Blu-ray was recommended to me in a sale so I snatched it up), but don’t sleep on this shit—it’s GOOD. The young hardworking patissieres, the beautiful string music, the decadent, delectable desserts—this show is so friggin’ charming, and I’m so excited to see where it goes. After all, there are 50 episodes in the first season alone!

This concludes my November 28th entry in the OWLS “Failure” blog tour. My friend Crimson (Read At Night) went right before me with a post over the heartbreaking geisha drama novel Snow Country that you can read right here! Now, look out for my blogger buddy Scott (Mechanical Anime Reviews) as he rounds out the month with his crack at Haikyu!! and what failure means to the Karasuno Team (so excited to read!) this Saturday, November 30th! Thank you so much for reading, and until next time, this has been

8 thoughts on “Yumeiro Patisserie: The Strong, the Savory, & the Sweet || OWLS “Failure””