Hey hey, it’s been a while!

Two months of 2018 have passed and I have very little to show for it. Excluding the last couple days of Blogmas (because it should have concluded at the end of 2017), I have published but four posts. They’re decently long posts, some actually being my biggest posts yet, but that’s exactly it—ONLY FOUR POSTS. And there’s not really any shocking reason for my lack of content. Like any other blogger here, I get busy, life happens, and then I just don’t feel motivated enough to write about anything, let alone make the time to sit down and watch something.

I’ve considered on several occasions writing about other happenings in my life, my passions, yearnings, and what I’ve been up to besides anime. Such is why my latest OWLS post covers the 2018 Winter Olympics and not my typical post/analysis 2-in-1 method I’ve traditionally stuck to. I’m honestly considering redoing that OWLS post—if such a thing is even possible—or at least writing a follow-up to it. While I kinda feel done with the Olympics now that they’re over (which is incredibly sad, as it has been my whole life these past couple weeks), this OWLS post got very, very few notices.

I DO NOT like to brag about stats, as I believe in the spirit of conversation more than a system of likes and hits to dictate one’s success, but this last OWLS post received only eight likes. I am fortunate to have an audience that seems to get excited whenever I post something (more on that in a bit), and perhaps it’s because backdated it (something which I had NEVER done before) or that maybe the topic wasn’t for everyone, but even I know that eight likes is a strangely (and scarily) low turnout. Admittedly, it was a rushed post, no doubt, as I wanted to cover the first half of the ladies skate when I know I shouldn’t have because I was already cutting it so close to the deadline.

Ultimately, people will read what they want to read, I know, but it was somewhat disheartening to wake up the next day only to not see the bombardment of email and WordPress notifications that I have become accustomed to.

Although, saying that I now want to redo that post probably says something about a lack of confidence in my own writing. I also don’t want to sound like I’m desperate for likes, cause that’s totally not it either! UGH, I’m just so frustrated and confused. Tell you what: if you see a follow-up post, please consider reading it, as it shall contain my true, truncated thoughts on this past incredible Olympic season—everything that I really wanted to say, and how I wanted to say it.

How about some happier news?

Increasing as of late, I’ve had my doubts about WordPress and the way it holds onto the blogs I follow and those that follow me. The worst horror stories I’ve heard are from those who end up getting dropped from another’s reader feed, neither side knowing of it. Plus, the “followers” number on some bloggers’ page don’t seem to add up when the WP app is saying they have a different number.

So I had my reason to be skeptical, and now I can finally—and officially—announce with confidence that Takuto’s Anime Cafe has hit 300 followers!! It took me until several weeks after supposedly hitting the mark, waiting for the count to climb to 317 to finally believe it was true, haha! For whatever reason you are here and decided to become a cafe-goer, I am sincerely thankful, and grateful to be able to communicate on a platform that offers intelligent feedback and thought-provoking comments. And to you, the reader, if it were not for your interests in me, I would not have a reason to keep on going, so thank you, really, thank you so much!

*I want to celebrate 300 followers, so if my veteran bloggers and friends have any suggestions for posts, let me know!*

Every Valentine’s day I have this tradition of closing myself off from the world, setting aside the optimal time needed to thoroughly binge a well-known franchise, if not an anime classic. Though, for some odd reason, these titles are almost always sci-fi, this year I wanted to shake things up a bit with some sports anime to fit the times. HOWEVER, my coverage on the Olympics ended up taking waaaay more time than it should have, but I try not to beat myself up about it given the four-year wait.

Thus, I ended up missing out on the V-Day special . . . UNTIL NOW, because I know I’d hate myself if I were to look back on this season and find that I skipped out.

For those wondering, YES, I prepare a traditional checklist for the number of episodes I have to watch on my dry-erase board. Too nerdy? Nah, I call it art. I’m thrilled to FINALLY be watching this much-loved series, and I have absolute confidence that I, too, will become a huge fan! HOORAY FOR SPORTS ANIME LOVE.

What Am I Watching This 2018 Winter Simulcast Season

Not. Much. LOL. Because I want to keep this short, I will not be chronicling all the anime I’ve watched in the past two months like I usually do. Instead, we’ll look at the ones that really matter: what everyone else is currently watching.

Devilman Crybaby – It technically counts, okay? The cancerous, trashy-ass Devilman fandom reared its ugly head when its lead bishies were transformed into . . . ummm prettier bishies in this latest “reboot” of the classic series. While I absolutely loved this show’s range of highest highs and lowest lows, I won’t spoil all my thoughts seeing as how I already reviewed it, BAM (click here to read). Wait, you’re tellin’ me my preparedness doesn’t count since it aired at the beginning of the year? Well drat, better late than never!

A Place Further Than The Universe – Is it weird to say that between the other two epic action series here, I’m enjoying this lighthearted, clumsy trip to Antarctica the most? Abbreviated to Yorimoi, four girls set out on an adventure to the bitter-cold continent for what, a change of pace? To find one of the girl’s lost mother? To simply call themselves BADASSES? A fair mix of all of the above, actually. Each episode always has that one dramatic moment that makes you want to throw yourself overboard it’s so intense, but in a way, it contrasts the stark nothingness that would otherwise mark it as a plain slice-of-life anime. Yorimoi has substance, and as long as it continues to relish in the silly moments, embrace the hardships of reality, and provide brilliant music cues HOLY CRAP, I think I’ll be quite pleased with this one. By episode 8, we’ve just pinpointed frozen islands in the distance. However far these crazy gals go, I’m sure they’ll be alright.

DARLING in the FRANXX – I really, really, really want to call this series a favorite of mine, but it’s just not grabbing my attention in the way I wish it would. Interesting premise, check! Likeable characters, yeah I suppose, check! Five star Trigger animation (or should I say 3-star, heh heh), check! Bottom line—Darling in the Franxx has everything it needs to really stand out against the crowd, but so far I’m a little lost at its aim. Is it gonna become the next big mecha hit like Gurren Lagann, or perhaps spiral down into the dark, emotionally messy (and favorable) pit that is Evangelion? Only time will tell, I suppose, but seeing as how I’ve watched like seven episodes now (and the next is apparently a beach episode like WAT), this series is gonna have to do a lot to build on its world and the reason why its characters behave the way they do. Again, I’m rooting for this series, which is exactly why I have to be critical of it! 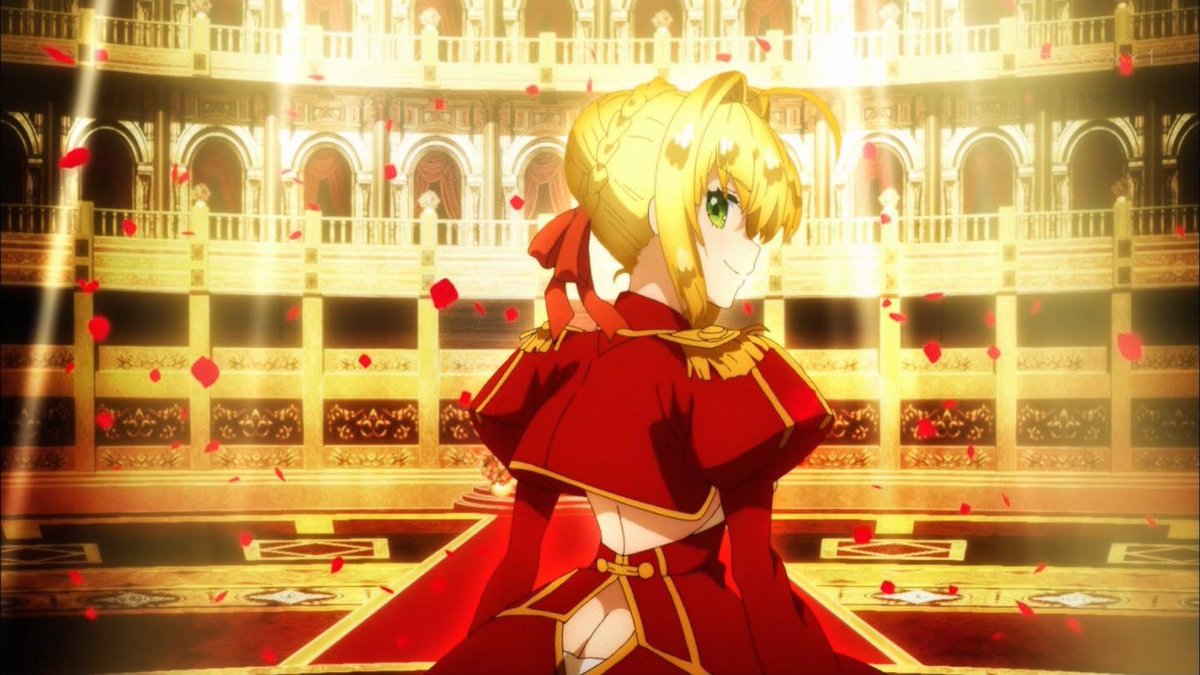 Fate/EXTRA Last Encore – I’m . . . yeah I really don’t know what this is. HUGE Fate fan over hear, yessir, but even I am confused about what’s going on. Aside from Madoka Magica and Negima!? (yes you heard me right, NEGI), I’m not a big Shaft fan. For me, it’s too abstract to the point of boredom, and the dialogue reads like I’m trying to translate poetry of a language I don’t know into another language that I, too, do not understand (like the Monogatari series, but at least that is well-written from the start). But its more Fate, and seeing as how I’m a fan of ALL of it, even the latest Apocrypha, I’ll give it the starting benefit of the doubt. To be fair, completing merely two episodes should not be the time for judgement. If it plays out like all other Fate adaptations I’ve watched so far, a thrilling adventure should be in store for us, assuming we can get past the overly bland protagonist!

With spring just on the horizon, I’m bundling up for winter cold in the morning and stripping down for the afternoon heat, which is incredibly taxing on my limited wardrobe, ahahaha! But seriously, as I slide out of this winter slump, hopefully I’ll feel more inspired to blog, and to return to writing reviews like I used to do so passionately in the past.

As Kausus (Otaku Gamer Zone) has tweeted multiple times, Naka-Kon is coming up in just a couple weeks! I plan to cosplay as Todoroki from My Hero Academia and a male version of Danganronpa‘s Junko Enoshima—both of which I need to complete! I’m making these cool Styrofoam pieces for Todoroki’s ice, so that should be neat once it all comes together. It’ll be my first time doing something besides clothing for a cosplay, which is why I’m particularly excited! I want to be able to share my progress and experience with you all, but I’m not sure how to document my adventure in this way. Considering Instagram . . .

Lastly, in case you missed it, I published my “thesis” on the Works of Makoto Shinkai, which you can read right here! Ideally, I’d like for this to become my most-liked post, as I poured everything that I had into research, methodology, and execution, and though it’s a long one, it’s on I feel very proud of—one of my blogging career’s crowning achievements, so to speak. So hit that post up and share it around for me, would ya? It’d mean the world!! 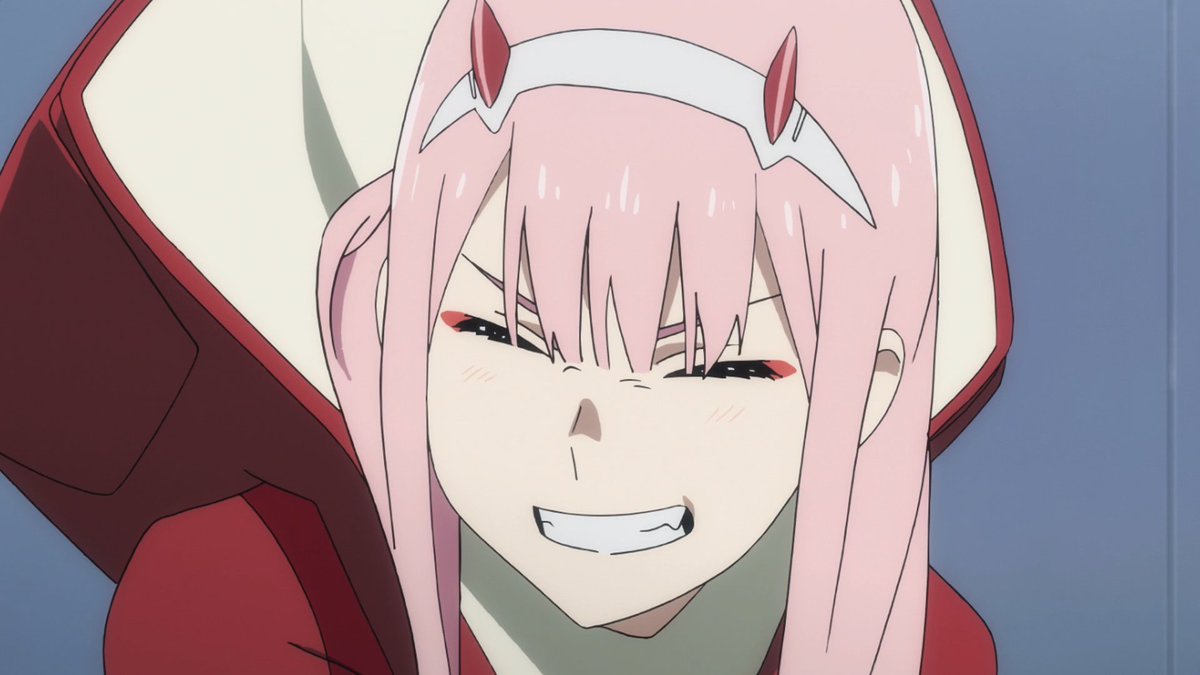 I think that about covers things. Look out for an Olympics follow-up (and please give it some love) if it actually happens! Otherwise, I’ve got a fat stack of fun blogging award nominations to sort through, plus all of the lovely comments on the four posts I’ve written to catch up on. And then when I’m done with that, there’s lots of stuff from you guys I have to catch up on, and, of course, there’s always more reviews to write, AGH! Let me know your thoughts, including anything about the Olympics, a 300 followers special, Haikyuu!!, the winter simulcasts, or on even life in general, and until next time, this has been