Greetings all! With the first days of October under our belt, fall is officially here!

I realize I never did one of those Summer 2018 recaps . . . I’ll get around to it once I actually finish them . . . maybe. Anyway, I’m super pumped for this fall season. Couple of  long-awaited “season threes” to go around, plus some neat new stuff from KyoAni, Production I.G, and even Trigger. Let’s see what I’ll be watching this fall 2018 simulcast season! 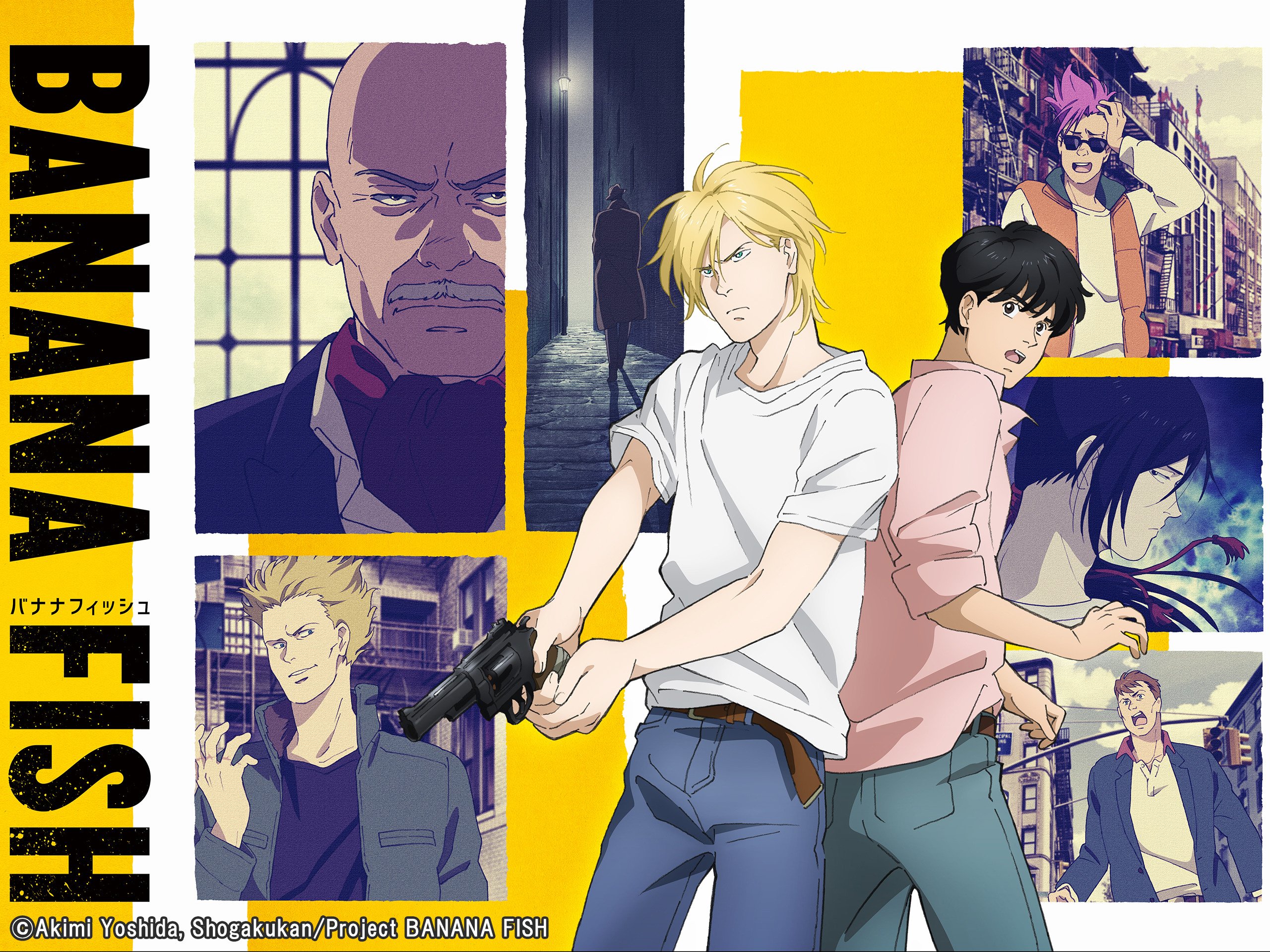 First for returning shows of the summer season is everyone’s favorite Yuri!!! On ICE-meets-gang-warfare-and-mafia-conspiracies smash hit shoujo BL series (you’re tackling a lot of ground there, BF). Banana Fish had me at the beginning, but admittedly not as much now. I think it’s become one of those things where the show’s visual aesthetic (the 1980s art style with Mappa’s lightly drawn character designs and the intricate backgrounds) is better than the actual plot. Every single episode ends with a cliffhanger, so that’s definitely a factor that keeps drawing me back, but the characters are the best part of this beloved title for sure. I have a feeling that Ash Lynx’s path will start to grow plenty darker, and as his mental state teeters on the edge of becoming a real beast, I do hope Eiji will be there to keep him from committing an irreversible sin. 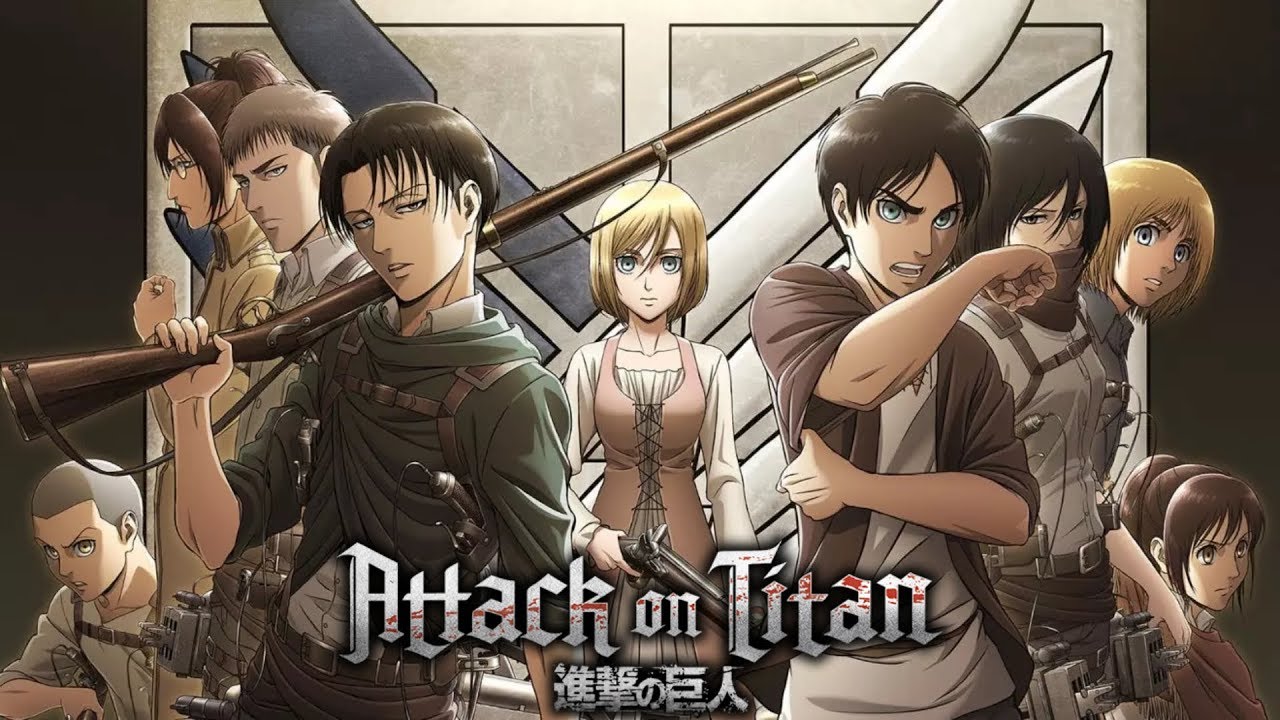 Wow, wow, wow, where to begin with this one? The second of two returning summer titles, AoT 3 certainly put the franchise back on the map. Things are getting revealed, characters from the shadows are making their move, and Eren is growing more and more into an understandable character at the behest of Levi and Historia’s suffering (and their eventually overcoming the demons from their pasts). People and themes are starting to better connect, and as humanity careens on the its own self-destruction, everything is coming to light. It’s incredible how this franchise can transition from straight shounen action in the first season to this horror, murder mystery that is the second, and now a political drama AND STILL maintain my interest and fascination with the world and its characters. Each season has its own unique tone (the second still being my favorite, as unpopular as my opinion is), yet they are all equally–and unmistakably–Attack on Titan. I’m ALWAYS looking forward to more, and I hear the next developments are particularly epic. 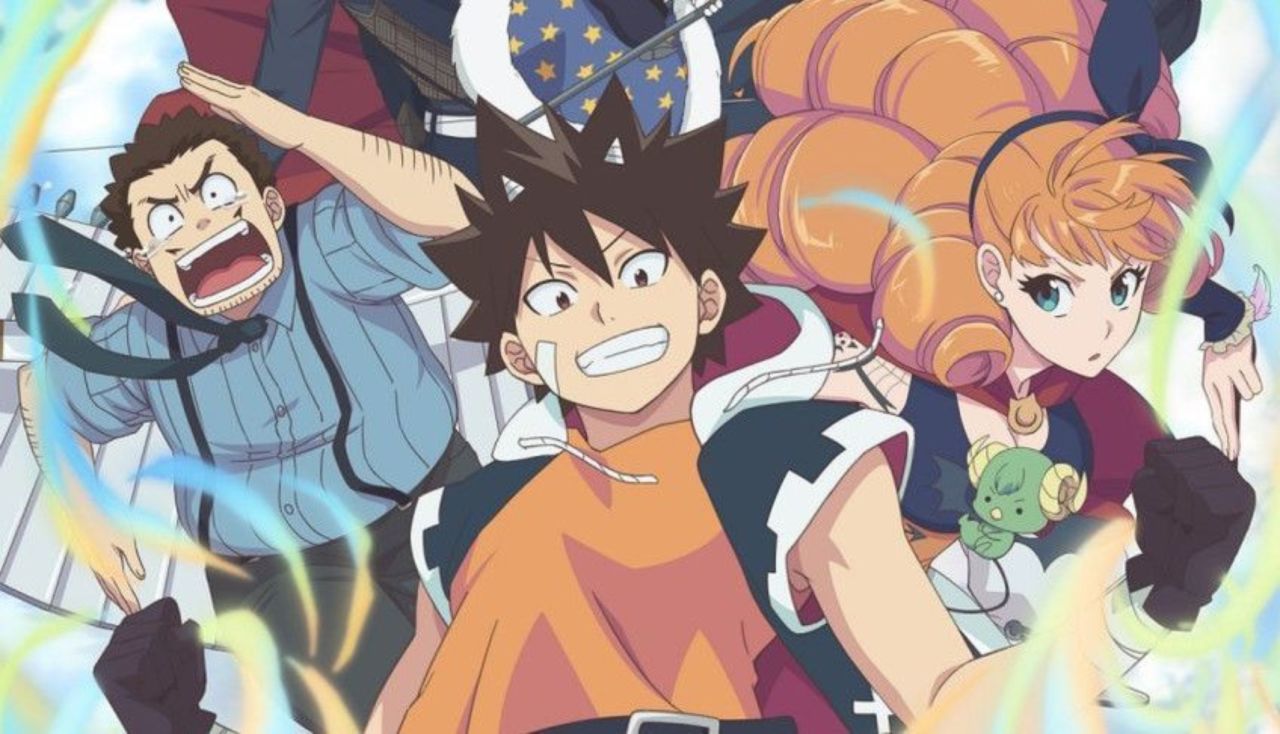 Now to the new stuff . . . I know literally nothing about this series. I guess it’s based on a French shounen manga, which is cool. But the main reason I’ll be trying to follow it is because Lerche is behind the project, and y’all know I love that studio. Not sure if I’ll end up following it, but I put it here anyway just to try out the waters.

Aww yeah, now THIS one I’m excited for. It’s #archeryboys, and I can’t wait for Kyoto Animation to bring this school sports/drama series to life! I love the soft green, brown, and white color palette the advertising department has been working with. Having thoroughly enjoyed Free! and virtually everything else that KyoAni has produced in the past, I’m absolutely ready to cheer on this high school archery club as they aim for the prefectural tournament.

More sports drama, woohoo! Other than the fact that this is animated by Production I.G (who brought us Haikyuu!! and, more importantly to me, Welcome to the Ballroom), I don’t know much about this series. The characters look cool, but apparently they’re all just a bunch of university novices trying to run in the some big famous marathon in Japan. WAIT, is that UNISON SQUARE GARDEN doin’ the OP? Strap me along for the ride, cause I’m sure it’ll be a fun one!

Hahaha, another one that I know nothing about. But it’s GRIDMAN—IT’S HYPE, RIGHT!?! I guess this one already has mixed reviews since the first episode came out, but regardless of whether they’re “good” or not, I support Trigger’s original projects 100%. Kiznaiver was alright. Darling in the Franxx wasn’t so hot. So let’s wait and see how Gridman turns out and hopefully this sci-fi mecha series will win more hearts than turn minds away. Oh and did you guys hear Funimation’s dub trailer yet? Greg Ayres, Lindsay Seidel, AND Barry Yandell on board? HECK yeah, sign me up! 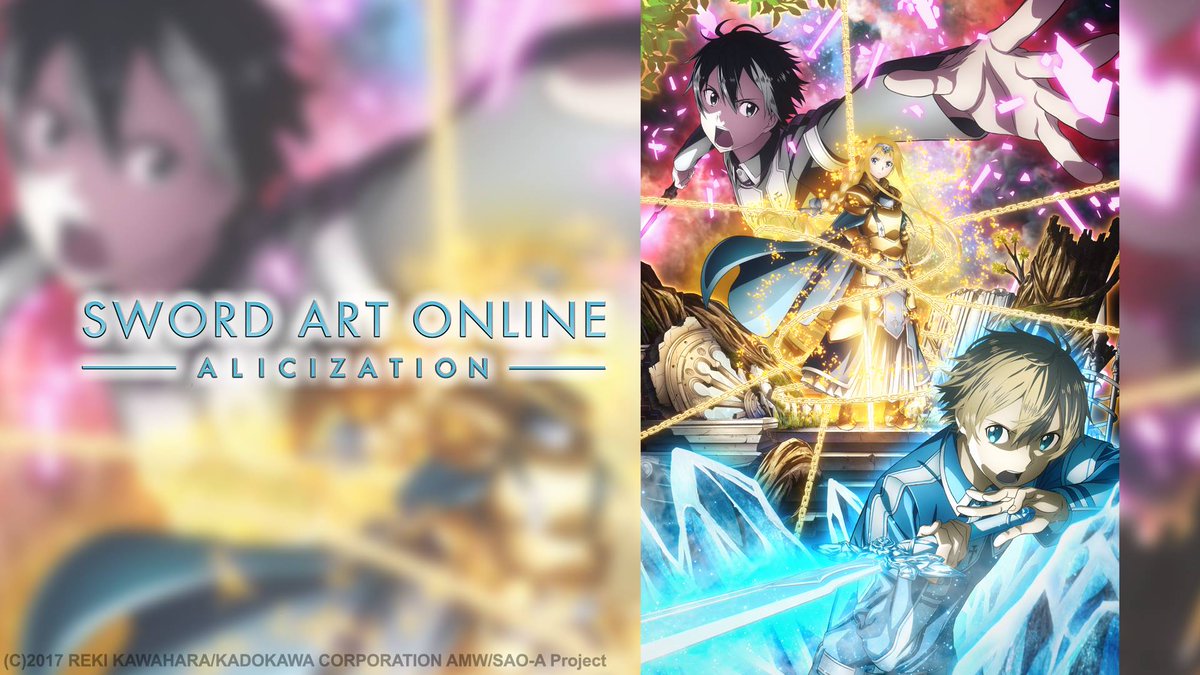 Get the hate out of your system. All of it. Keep going, I’ll wait.

Is it gone yet? Alrighty, it’s SAO S3, and I’m hella pumped. The past couple weeks I’ve been catching up on the light novels in anticipation for what is supposedly the franchise’s best arc yet–and trust me, I believe it. In 2015 I read books 1-4, or what we know as the first season’s Aincrad and Fairy Dance arcs; in 2016 I read 5, the first half of Phantom Bullet; and just recently, I picked up books 6-14 minus 8 (yes, that is a lot of books and money). Whenever I have free time between classes and studies, I’d immerse myself in Reki Kawahara’s virtual worlds, enjoying every second of leisurely reading. I first read 9 to get a preview into this next arc, then went back to 6 to truly finish Phantom Bullet, and lastly took an emotional pit-stop at 7’s Mother’s Rosario to bridge the storytelling gap. With practically all of SAO in both anime and novel form under my belt (save for the Ordinal Scale film), I’m excited to venture on with my homework in volumes 10-14, as well as follow the anime side-by-side. The promos seem promising and the advertised character designs are simply beautiful. In other words, Alicization, here I come!

And last but not least, my most anticipated title in the line-up is the loooooong-awaited continuation of one of the big franchises that pushed my journey along as a young anime fan, arguably becoming my favorite series for the longest time. FINALLY, we’ve got the third season of Index, and although it’s not Railgun (the true best), I’ve been waiting to find out what happened after the climactic events of the second season since what, like 2013—has it really been that long!? Anyway, I don’t have much else to say other than I’m absolutely, positively thrilled to be back in Academy City, a place where science and magic clash, and there’s never a dull moment!

That’s all for what I plan to be following! What about you? Will we be watching some of the same shows together, or do you have your eyes set on something else this fall 2018 season? I’d love to hear your line-up, as there’s a bunch of good stuff to look forward to! Let me know in the comments, and until next time, this has been