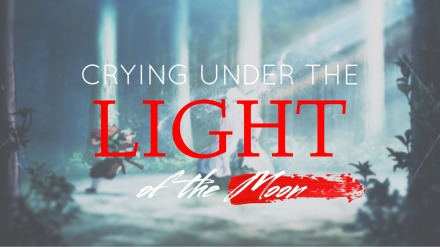 Chances are that if you were linked here from another blogger pal, then you might be new. To those first-timers, “Hi, I’m Takuto, welcome to my anime cafe!” For the OWLS blog tour’s eighth monthly topic of 2020, “Folklore,” I decided to ditch reviewing Kimetsu no Yaiba in favor of discussing the fascinating world of Demon Slayer where dark creatures of the night stalk humanity in plain sight.

This month’s OWLS topic was inspired by the name of Taylor Swift’s new album, Folklore. Yet, rather than using her conceptual definition of what “folklore” means, we are going to use its original meaning: we are going to explore the traditions and cultures of a specific group and community within pop cultural texts.

I figured it was a no-brainer that Demon Slayer would be a “Cafe Mocha” title here at the cafe, so I’m glad to be able to do something a bit more interesting than my usual review. Thanks Lyn for the prompt!

A brief discussion of the 26-episode Spring 2019 anime series “Demon Slayer: Kimetsu no Yaiba,” animated by ufotable, directed by Haruo Sotozaki, and based on the manga of the same name by Koyoharu Gotouge. Images may include spoilers!

A demon killed his family. But, when faced against the darkness, Tanjiro hesitates to pull his sword.

High up in the mountains, young Tanjiro Kamado works hard to sell charcoal for his less-than-fortunate family. Although his father passed away when he was young, Tanjiro has shouldered the burden of supporting his entire family with admirable optimism. On his way back up the mountain one wintry night, Tanjiro takes shelter in the house of a strange old man who also tells Tanjiro to be wary of flesh-eating demons that roam in the shadows.

To his disbelief, Tanjiro returns home the following morning to the horrifying sight of his whole family, slaughtered and soaked in crimson blood. Worse yet, his sister Nezuko somehow managed to survive—only now she has been turned into one of those bloodthirsty demons of lore. Overwrought with rage, Tanjiro swears to avenge his family and save his dear sister’s remaining humanity. Guided by his unusually keen sense of smell, Tanjiro seeks a way of getting stronger, which leads him to joining a secret society devoted to slaying demons and protecting mankind: the Demon Slayer Corps.

Perhaps one of the most fascinating aspects of the series is its setting’s historical roots—Demon Slayer is actually set during the Taisho Period of Japanese history (think early 1900s). It was the beginning of modernity for Japan, but all kinds of traditional charms are still adorned by the setting in characters. Tanjiro’s signature green-checkered haori, for instance, is an artifact that embeds us in this era. The same could be said of the traditional blue tile-laden roofs of the various tatami-lain village houses that decorate the landscape. Demon Slayer unashamedly embraces history, and I find that to be one of its greatest strengths.

To Devour and Destroy

On the surface, Demon Slayer is your typical shounen action anime with all kinds of exciting supernatural twists and powers. The demon slayers bravely traverse the land to vanquish human-hunting demons, despite the risks to their own lives out in the dangerous wilderness. Their main objective: tracking down and eliminating Muzan Kibutsuji, a heartless progenitor demon whose rare ability to turn normal people into powerful, murderous demons leaves carnage and bloodshed wherever he goes. It’s a simple premise, yet one carried out with remarkable pacing and world-building.

And it’s actually on that note that I want to talk about the demons from the human POV. No matter how you spin it, guys, the world would be far better off without these creatures. They indiscriminately destroy lives, taking whatever life they can for themselves just so they can continue devouring the next day. It’d be near impossible to convince someone that they are a benefit to human society. Thus, the demon slayers are wholly good and just in their mission, right?

It doesn’t take Tanjiro long to figure out that, yes, even demons have souls. After all, these creatures were once human, and they still retain some remnants of their humanity in their mannerisms, desires, and deepest wishes. Seeing their entire lives flashing before his eyes upon death, Tanjiro comes to realize that no demon truly wanted to become such a creature. Whenever he swings his sword to kill, he really is taking a human life.

Tanjiro’s continuous encounters with the demons compels him to deliver not curses, but salvation to the demons he slays. To that end, Tanjiro arms himself against these creatures not with blind hatred, but a newfound sympathy for their individual struggles and heartache. I guess trying to understand the demons only makes the job of extinguishing them that much harder, though . . .

Something More than Survival

Although we are only teased with a brief inside look at Muzan Kibutsuji’s deadly league of demons, the Twelve Kizuki (or Moon Demons), we can see that the demons aren’t simply a chaotic mess of evil like folklore might dictate. Over and over again we are told that the demons blindly consume, thinking only of themselves and answering to no one. This is not true. Yes, some demons are doomed to roaming the countryside, aimlessly fending for themselves, by themselves. Others decide to move in groups, however, and this single fact changes everything for the Demon Slayer Corps.

Over time, Muzan Kibutsuji has silently amassed a force of demons that swear absolute fealty to only him (else they be shredded to pieces by Kibutsuji himself). He manipulates the hearts of people with little chance or will for themselves, transforming them into these horrid creatures and commanding their lives henceforth. Some of the Twelve Kizuki follow him out of a sick devotion to his cause; others out of blackmail. But all obey him out of fear, and there is no undoing his curse.

Under the light of the moon, the Twelve Kizuki commit cruel organized crimes and claim their territories by staining them with blood. Using the terrifying powers gifted to him by Kibutsuji, one particular Twelve Kizuki tries to establish a family of demons for himself, something which has never been heard of before (save for the case of Nezuko Kamado). While his means are grim and appalling, he’s a breathing example of defying the common lore surrounding the demons. Yes, they kill a lot of people—but is there something more beyond merely wanting to survive as a demon? In this society where demons stalk the shadows of the mortal world, one can never truly trust the legends.

What the Stories Don’t Tell You

Like the silk of a spider’s thread, Demon Slayer navigates through an intricate web of conflicts where the main goal is to survive through the night. When two cultures collide, one supersedes the other, proving that the two cannot thrive simultaneously. Similarly, as Tanjiro and the other demon slayers uncover more about the suffering of their common enemy, the line dividing murdering out of hatred and murdering to protect becomes increasingly blurred.

Despite how purely wicked some of these demons seem—despite how earnestly I wish Tanjiro would just cut them down and move on with things—I can’t help but feel pity for the demons. Really, it’d almost be easier if Tanjiro didn’t get that glimpse of their life right before their inevitable death—if he didn’t see their tears bubbling forth as their decapitated head rolls to the floor. It’s just . . . sad. (But it’s a greater shame that some demons, like some humans, choose to do evil for evil’s sake, and thus are hard to earn sympathies from.)

At the end of the day, I’m honestly not sure I could do the work that Tanjiro and the demon slayers do. The Demon Slayer Corps hypes up this idea that killing demons is a just and noble thing. Meanwhile, the demons are drowning in their suffering, agonized and deeply tormented day and night by their conflicting urges to kill for survival and earnest wishes to remain human. So, raise your blade, but keep your ears and heart open: What the stories don’t tell you is that there’s a lot of loss, grief, and pain in the life–and death—of a demon.

“Those who regretted their own actions. I would never trample over them. Because demons were once human too! Just like me, they were human too!” — Tanjiro Kamado

I find it most difficult to talk about the series that are most popular, but there you have a few of my thoughts over Demon Slayer. It’s an incredibly compelling piece by studio ufotable, and one that I’m so glad I finally got around to! If it weren’t obvious enough, Demon Slayer: Kimetsu no Yaiba is a certified “Cafe Mocha” title, and a series you should absolutely check out if supernatural action anime are your thing. Even if you’re not a fan, there’s enough historical depth and cultural exploration that makes Demon Slayer‘s world so intriguing on its own. But hey, you can let me know: if you were in Tanjiro’s shoes, could you be a demon slayer?

This concludes my August 20th entry in the OWLS “Folklore” blog tour. My good friend Irina (I Drink and Watch Anime) went right before me with a fantastic post discussing the mundane yet charming yokai that are tsukumogami, which you can read right here! Now, look out for Dale (That Baka Blog) with a post coming Tuesday, August 25th! Thank you so much for reading, and until next time!