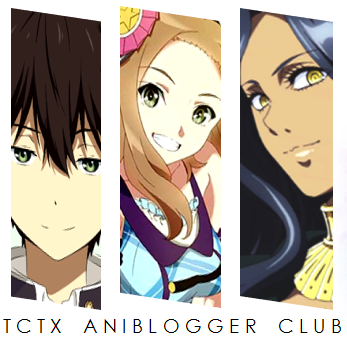 Hello all! This afternoon I return with the TCTX Aniblogger Club to give you my anime picks of this lovely spring season. The club agreed to pick a show that either started and ended this spring or a show that had been previously running, but finished during the 2015 spring season. 2-cour shows that have not concluded yet can be selected, however, it’s up to the member to determine if their comfortable picking a  show that, yes, could still flop later down the line. If you’ve glanced over a few of my recent reviews, there were a lot of shows this spring that started off without flaw but then ended up floppin’ around to the end. Today, I bring my picks of the season – the best of the best simulcasts this spring – and we’ll see what sets them fantastically apart from the rest!

First, here’s a quick list of the anime I followed this season:

Is It Wrong to Try to Pick Up Girls in a Dungeon?

The Heroic Legend of Arslan

Seraph of the End: Vampire Reign (season one)

And for the runner ups:

Hell YEAH! Food Wars! claims the first runner up spot for being the most enjoyable show this season, and many can agree. With incredible amounts of five-star food, unnecessarily high degrees of tension, and FAN SERVICE OUT THE WAZOO, Shokugeki constantly arrives with waves of entertainment each week, making Saturdays all the more tasty! The anime centers on Soma, a kid practically raised in his father’s local Japanese restaurant so that he’ll one day take over the family business. He loves cooking and dreams that nothing will ever change, but when his sly father suddenly closes down shop for a bit to play chef in America, Soma is challenged by his old man to attend Totsuki Culinary Academy, which is basically hell itself! As Soma dives into delicious, daily tests and mouthwatering missions, he makes new friends and even more enemies, but will his luck soon run out?

The second runner up is:

That’s right, F/sn:UBW takes the silver for not only successfully remaking a beloved series/film for fans, but also for standing as one of the most gorgeously animated shows I’ve ever come across. Designed to be a sequel to the masterpiece Fate/Zero, this anime takes place during the next Holy Grail War ten years later. Rather than viewing through the eyes of each servant and master pairing, however, we follow the idiot Shirou Emiya as he chases after his late father’s dream of becoming a hero. Hot-headed master Rin Tohsaka also plans to win, and though it takes a while for the two to see eye-to-eye, they both agree that teaming up against the other deadly masters might be their only option for survival.

UBW‘s first season ran last fall while the second season concluded the Grail War this past spring. With first-rate animation by ufotable, four total OPs and EDs each better than the last, and more from Type-Moon’s sacred universe, Fate/stay night: Unlimited Blade Works gave every show a run for their money this season and could have come out on top if it weren’t for the main character’s indestructible plot armor and prolonged, tedious justice speeches.

And now for the moment you’ve all been waiting for! My pick of the 2015 spring season goes to:

I’ve been joined at the hip with music since a young age, and having been a first-chair orchestra member for seven years and counting, this series exemplified the hearts and minds of every band and orchestra member to T. Sound! Euphonium is about Kumiko Oumae, a talented euphonium player, and her first year at the high school’s brass band club. There, she encounters her old classmate Reina, and memories of a previous junior high incident flood back and cause Kumiko to be hesitant. As Kumiko remains strong buddies with other girls, though, Reina slowly opens up and the two become very close friends. Looming in the darkness is the national contest, which their new teacher, Taki-sensei, proposes to have the students decide for themselves whether or not they should pursue the gold.

Much like in real life, hours of practice, enduring hardships, insanely challenging musical passages, kids who have talent that start to waver, competition among new and old recruits, and countless other issues make this anime not only RELATABLE, but outstanding! From start to finish, the show knows exactly where it wants to go, and when you get there, you can’t help but saddened yet overjoyed for the band. KyoAni does its finest job I’ve ever seen from them in terms of animation, and it’s a crime not to watch the opening at least once to get a glimpse of TRUE BEAUTY!! In terms of character development, pacing, featuring the entire class as a whole and as individuals, animation, music and content, Sound! Euphonium did several things right and executes everything with near perfection! Band and Orchestra kids were given the best representation – for most, more than what we could ever ask for. Congrats, Kitauji High School Band – You most definitely deserve the Gold in my eyes!!

Thank you for reading up on my picks of the spring season! But wait, there’s more! Check out Trystan and Cassandra by clicking on their names to hear their thoughts on the 2015 spring season, as I’m sure they have great picks, too! Until next time, this has been