Chances are that if you were linked here from another blogger pal, then you might be new. To those first-timers, “Hi, I’m Takuto, welcome to my anime cafe!” For the OWLS blog tour’s third monthly topic of 2019, “Feminine,” I’ll be veering far off the path of my usual writing format to hone in on one particularly stellar aspect of this classic sci-fi remake: the incredible women aboard the Yamato and the challenges they persist ad astra per aspera, or to the stars through difficulties.

In honor of Women’s History Month, the OWLS bloggers will explore the concepts of femininity and feminism. We each have our own definition of these two terms and we will explore our definitions using “feminine” characters from various pop culture fandoms. We will discuss how these characters are “feminine” or show signs of a feminist agenda. We will also share our personal stories about the amazing women that supported us in our lives as well as sharing experiences involving women’s rights, oppression within the patriarchy, and/or issues of growing up as a woman or having a feminine persona.

Although seemingly simple, March’s theme has proven itself to be one of the trickiest ones yet. I hope you enjoy what I have to offer, and thanks again Lyn for the challenge!

A brief, spoiler-free discussion on the female characters of the 26-episode 2012-2013 OVA series “Space Battleship Yamato 2199,” also localized as “Star Blazers 2199,” animated by Xebec and AIC, directed by Akihiro Enomoto with story by Yutaka Izubuchi, and based on the original 1970s television series created by Yoshinobu Nishizaki and Leiji Matsumoto.

The year is 2199. Our once magnificent blue and green mother Earth has been reduced to a radioactive desert wasteland by unyielding attacks from the hostile aliens of planet Gamilas, her remaining population forced into underground cities. But a glimmer hope arrives in a message from a distant peace-seeking planet of Iscandar, whose queen sends along with her sympathies the blueprints to build an admirable spaceship capable of making the long trek to Iscandar and the technological device to power it. What lies on Iscandar will supposedly help clean and restore Earth to her former health.

With haste, the United Nations Cosmo Navy resurrects the long-sunken battleship Yamato by installing the mysterious Iscandarian technology to its core, transforming it into the titular vessel: the Space Battleship Yamato. Collectively placing what little faith and courage persists in the crew and its leader, the distinguished Captain Juuzou Okita, the Yamato departs Earth in the quest to receive Iscandar’s aid.

As she sails throughout space experiencing numerous technological issues and dealing with the onslaught of Gamilas fleets, the inexperienced crew of the Yamato must summon every inch of their resolve if they are to survive the storm of hardships and complete their mission: to save humanity before its estimated remaining time of 365 days expires.

Feminist Strength Aboard the Yamato

Strength manifests in many different forms for many different people. For some, it’s physical might; others possess unwavering character and moral sets. With this post specifically, one of Yamato‘s greatest appeals is its approach to gender equality in crafting a well-rounded crew. Men and women alike share all kinds of important duties, be it navigation, operations, the fighter squadron, or the medical force.

But not all of these leading ladies got their roles handed to them—let’s take a quick look at how four of the main female characters define strength by their own values.

Leading with the Heart

Responding to Iscandarian expressions as if she were one of their own (or is she . . . ?), the Yamato‘s operations division head is always willing to meet discourse with a cup of tea. Literally. She feels deeply into the Iscandarian’s ultimate pursuit of life—that is, the salvation of all intelligent life in the universe—but is equally willing to stick up for her fellow comrades in arms, even when under scrutiny by said comrades for suspicious origins. Personally, I find that part to especially require guts.

Lieutenant Mori’s approachable nature suits her well, her charm pulling in the admiration of both men and other women alike. Despite a rocky start with main character Lieutenant Susumu Kodai, we find that Yuki guides the Yamato’s course with compassion, sensitivity, and care for all life, and her ability to empathize and immediately form genuine connects with others serves Yuki as her greatest strength.

Lieutenant Niimi is a bit of a tough nut to crack. Possessing a multi-faceted intelligence in technology and the sciences, Niimi’s many responsibilities as information chief and ship counselor kind of lie all over the ship. Although knowledge is her game, Niimi’s a dreamer. Having run the calculations herself, she sees very little chance of Earth ever rehabilitating, even with foreign aid. As a result, she finds herself drawn to stopping off at every Earth-like planet capable of sustaining life throughout their arduous journey (which, by the way, stirs a lot of good drama later down the line).

In a way, Niimi uses her skills and impressive brain to benefit all of mankind by thinking in the long run: I mean, let’s face it, we can’t live on Earth forever, not if we keep acting the way we do. But unfortunately for her, Captain Okita and most of the crew is dead-set on reviving Earth. Her duty as the guardian for mankind’s future is a noble one, but also a very lonely one, and as frustrating as her decisions can be at times, Niimi goes beyond all of the ship’s crew in one crucial area—weaponizing her failures to fight on the side of good.

Without spoiling too much about this next admirable female, Lower Storm Leader Melda Dietz does indeed fight on the side of Gamilas, but not in the way the other Gamilan soldiers do. A fighter pilot for the enemy, Dietz originally enters the Yamato as bargaining chip, but quickly becomes a wartime buddy on the front. A warrior for justice, Dietz realizes the corrupt ways of her homeland and commits herself to the side of righteousness. It’s a valiant thing to go against one’s mother country when you know it has deteriorated from what she originally stood for, and that’s what makes Melda Dietz a figure worth remembering. 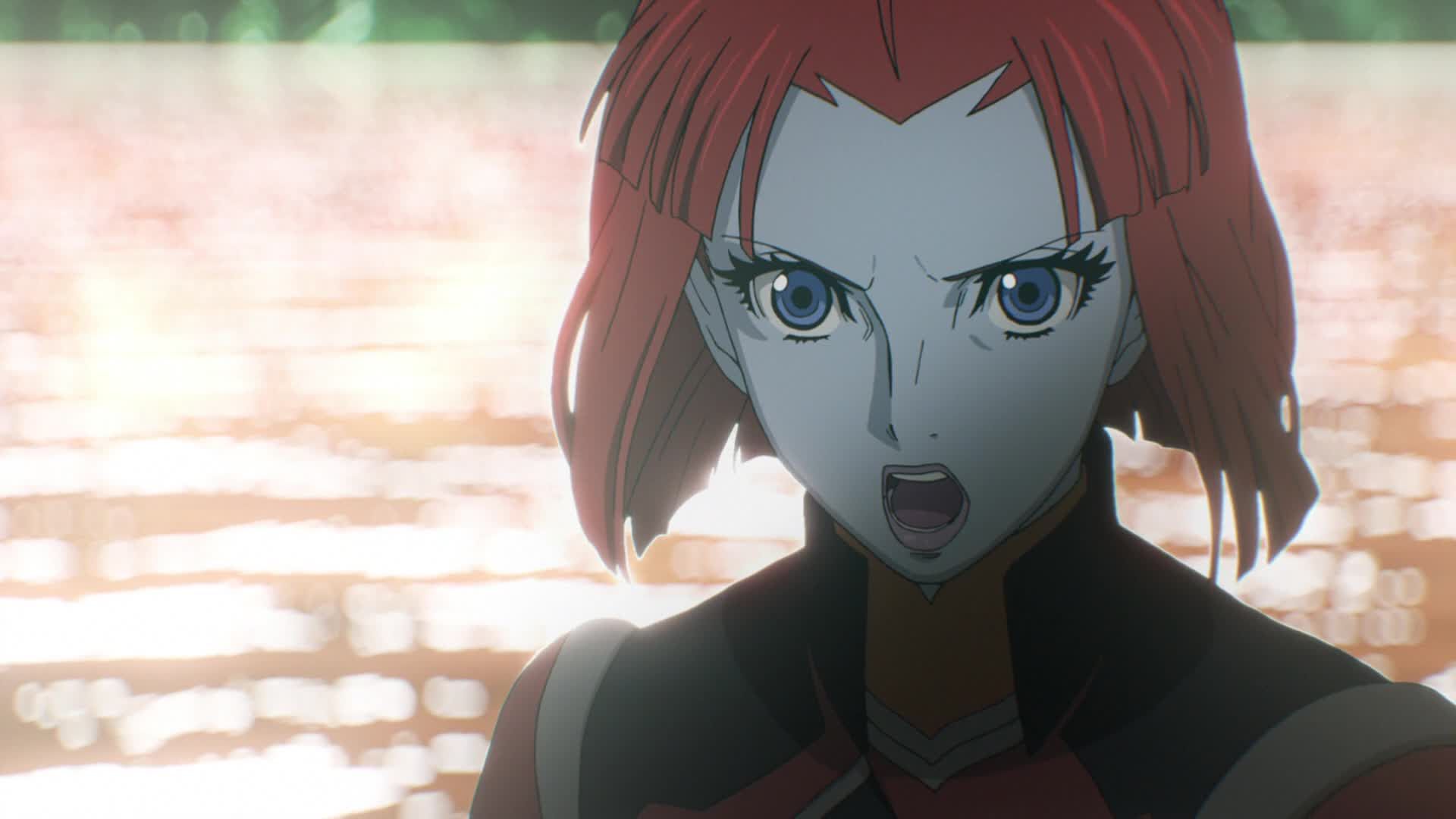 Did I also mention that of all the pilots, she’s also one of the most admirable to fly in the black abyss of space? Dietz values pride on the battlefield, as well as capability, independence, and the willingness to deter from the norm. Being bold just comes second nature to this wild red baron.

Last but certainly not least is Ensign Akira Yamamoto, an often unsung heroine with arguably the biggest feminist energy going for her. Even though her elder brother fought bravely as a pilot for Earth, Yamamoto was assigned to accounting because of her status as a woman. She also suffers from occasional discrimination for being the only Martian aboard the ship. But what does she do with these differences of hers? How does she quell the warrior’s spirit residing within her?

She cuts her long silver hair, steals a fighter jet, and proves her self-worth on the battlefield. Now she’s the best fighter pilot the Yamato’s got, and nobody’s complaining. What a badass. 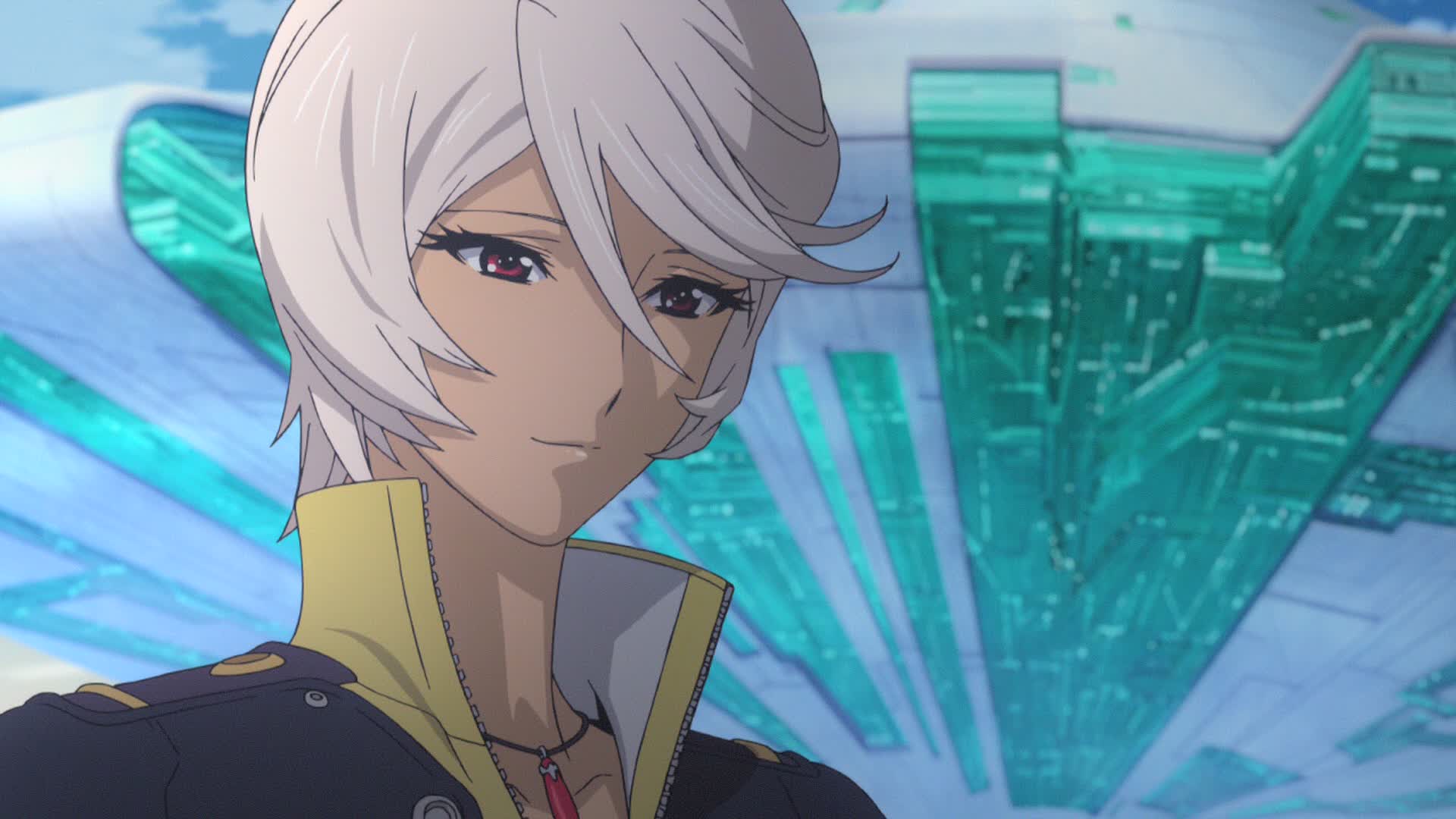 Yamamoto uses her rare talents to the best of her ability, not letting anyone stop her from applying her unique origin and skill set to the betterment of the entire crew. She knows she’s an exception to the rule, but she nonetheless embraces these differences as her core strengths, driving her to become a fully realized character.

Embracing her diverse nature as her greatest strength, Yamamoto transforms societal disadvantage into an inspirational force for militaristic equality. And if that’s not the feminist spirit, I’m not sure what is.

With all of these old sci-fi series, it’s becomes somewhat disappointing to look back and see a male-dominate crew with perhaps a few token women (usually used more for fanservice) or female nurses. But not Space Battleship Yamato 2199. The cast and crew is as expansive as the widening universe, and as we go along creating more wonderful works of fiction, our scope only becomes more diverse—our focus becomes more about real people as opposed to idealized standards. Sure, there are a few carbon copies here and there, but that only goes to show that the struggles that women face are universal issues felt by all.

The Space Battleship Yamato franchise revolves around themes of brave sacrifice, noble enemies, grandiose ideological feuds, resilience, and the respect for heroes lost on the battlefield. But it also ventures to the far edges of space to prove that no matter where you are in the universe, there will always be struggles concerning gender—and that there will always be courageous heroines out there willing to fight for our equality and our integrity. 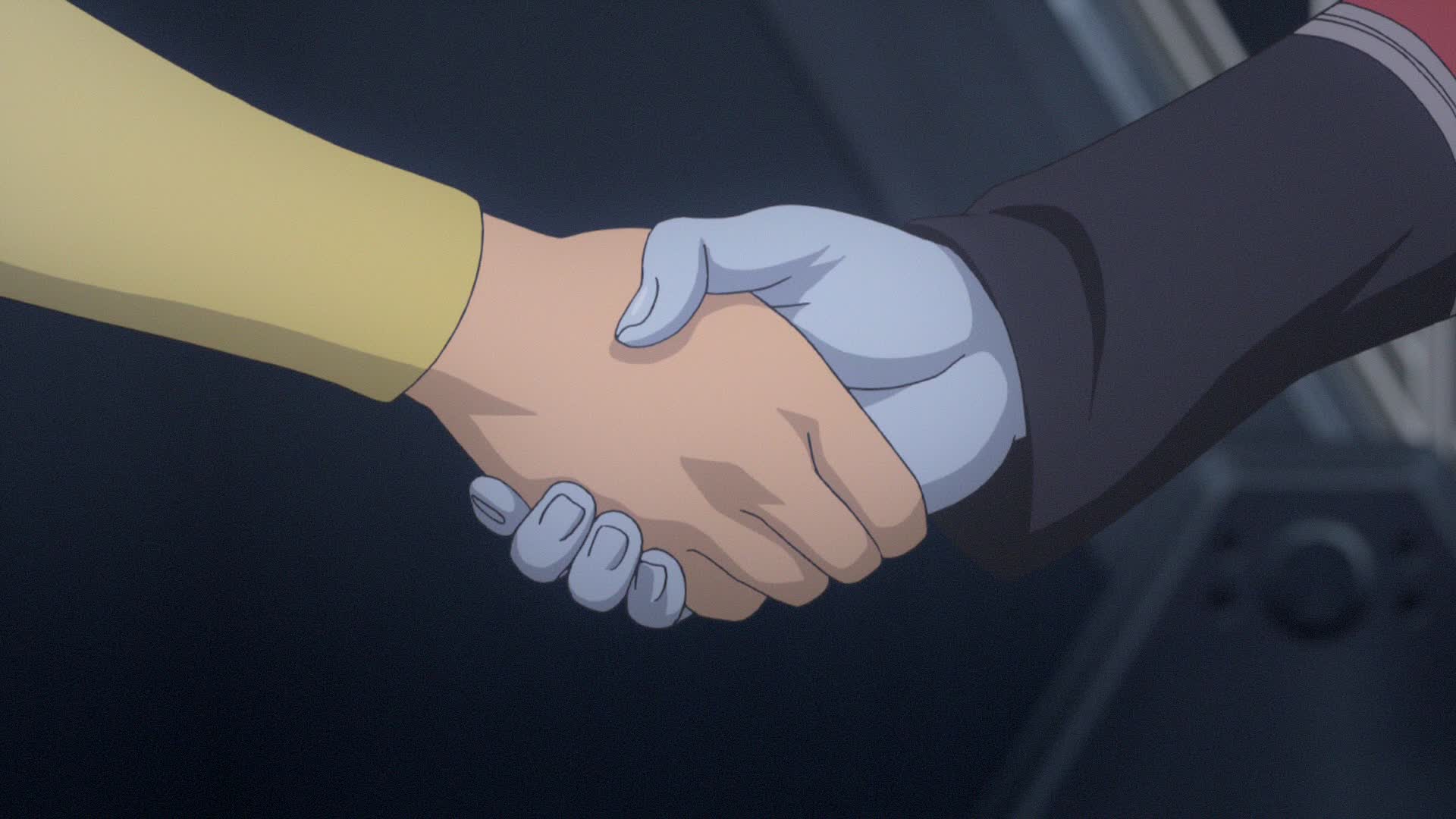 Men read science fiction to build the future. Women don’t need to read it. They are the future. — Ray Bradbury

There’s so much more to be said on 2199—so much so that I may make it the focus of my next OWLS post given that the theme for April just might fall under the same lines . . . ‘Till then, let’s celebrate the wonderful women of the Yamato along with the remainder of this tour!

This concludes my March 13th entry in the OWLS “Feminine” blog tour. Kind of a shorter OWLS post from me, but I know the lovely folks running the monthly live-stream will appreciate it, haha! Aria (Animanga Spellbook) went right before me with a post on the leading ladies of Zombieland Saga, a series that from what I understand is equal parts bizarre and sheer fun—so check it out! Now, look out for my good friend Crimson (My Fujoshi Life) with a post on finding a voice in a special category of music this Saturday, March 16th! Thank you so much for reading, and until next time, this has been