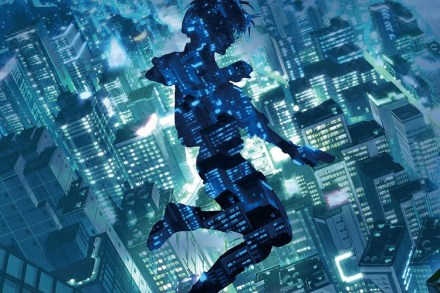 Hello! So I was recently SLAMMED with two full weekends of out-of-town nonsense, one of which I plan to discuss in a Cafe Talk soon. It’s become tradition as of around 2014 to set aside Valentine’s Day weekend, safeguard myself in my room with snacks, and not come out until I had marathoned a classic anime (typically pre-2000s). Previous items on the menu include:

Yup! Exciting, right? In the spirit of the upcoming new live action movie (that I’m so psyched for) along with the recent bluray releases of the films and series, I’ll be taking a trip through this entire classic anime franchise that arguably helped shape science fiction as we know it.

Gosh how I love infographics. The crew over at FUNimation put together this one, and might I say how in-character it feels.

Ghost in the Shell is a very hazy area in terms release order and technical chronology, such that the franchise has been divided into 3 separate universes–YES, the just pulled a Zelda on us, haha! After a few hours of researching different interpretations as to the order everything falls under, I’ve settled on the list below that I recorded on my wipe board (cause I am a list-nut): 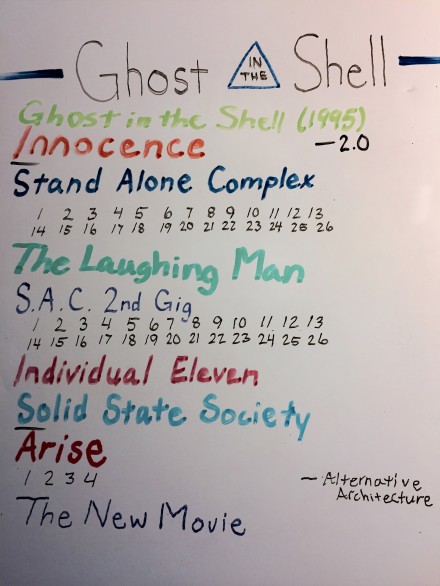 At this exact moment, I have already watched 1995, Innocence, and the first 6 episodes of Stand Alone Complex. Odds are that I’ll just skip 2.0 and Alternative Architecture since they are typically disregarded anyway. 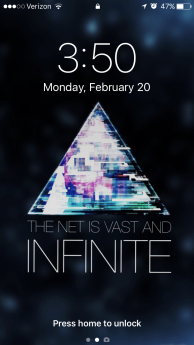 So yeah, that’s what has been on my mind lately. Within this month, you can hopefully expect a Cafe Talk about my swimming career and Free!, a review of Blast of Tempest, an OWLS post about Yuri!!! On ICE, a review of some parts of the GitS franchise, and lastly a monthly update. I’ll be reading through comments and catching up on several of your guys’ posts (especially the rest of the OWLS blog tour–I STILL haven’t read some of them!). Any words of wisdom from your Ghost in the Shell experience? What entry was your favorite part? I’ll admit, the two movies set the bar pretty high since I’m a thinker, and S.A.C. has yet to rope me in completely. Let me know, oh, and happy belated V-day!