A brief, spoiler-free review of the first volume of the light novel series “The Saga of Tanya the Evil,” or “Youjo Senki,” art by Shinobu Shinotsuki, written by Carlo Zen.

Anything BUT Your Typical Isekai

Out on the front line, a little girl with blonde hair and piercing blue eyes dominates the battlefield. Soaring higher than all her fatherland’s foes, Tanya Degurechaff rules the skies, rifle in hand, and victory on her mind. But Tanya didn’t always have this life in the trenches. Once an elite salaryman in modern day Japan, life caught up with his arrogance and before he knew it, he was shoved in front of a moving subway train. After angering a mysterious being X in what can only be described as the afterlife, this “God” grants the man a second chance at life to learn a lesson on humility and faith.

And so, in a horrific twist of fate, “Tanya” was reborn in a World-War-I-esque alternate reality where magic exists. Still retaining her consciousness as a cold, calculating, and resourceful salaryman, however, Tanya secretly wields the intelligence and experience from her former life to not only survive in this new harsh landscape, but to climb to the top of the military’s hierarchy.

Rife with cruel irony, political banter, and struggles for life during a time of untold death, Deus lo Vult chronicles Tanya Degurechaff’s rise to power and lays the groundwork for the explosive world war that is blazing on the horizon.

War is only fun when you’re winning. — Tanya Degurechaff

What sets Tanya apart from other “transported to another world” titles is the narrator’s relationship to young Degurechaff. Plus, I mean, the gender transition, which oddly enough doesn’t seem to perturb the narrator as much as one would think. Carlo Zen writes the novel as if a distance exists between the shell of the young girl, Tanya, and the twisted personality behind her actions, the salaryman or “narrator.” Unlike other isekai titles where the protagonist is placed in another world (or another body) and actively takes in their surroundings and exists in it, the narrator constantly addresses the two separate entities of Tanya and himself.

In other words, the narrator makes Tanya do something, then observes the repercussions of that action from Tanya’s head space. Of course, this calls into question the “Tanya’s” reliability as a narrator, which is the next point I’d like to discuss.

Kafka and the Unreliable Narrator

The perspective of the story is always written in first person, but Tanya is consistently referred to by the narrator in third. When Tanya kills an enemy soldier or salutes to her superiors, the narrator makes comments about what kind of face Tanya should make, what her posture should be like, what her tone of voice should be, etc. The narrator doesn’t see himself as “becoming” Tanya, but rather as an existence that puppeteers this young blonde child named Tanya.

This unusual narrative style sets up an intriguing relationship between the two, and also tells us that the narrator might not be as level-headed as we are led to believe, perhaps indicating an unreliable narrator reminiscent of Franz Kafka’s writing. Fused together are elements that feel simultaneously realistic and fantastic, and like Kafka’s other works, an isolated protagonist faces bizarre predicaments and incomprehensible social-bureaucratic powers. Explored are themes of alienation, existential anxiety, the impacts of imperialism, the costs of war, guilt, and absurdity.

You can’t always trust the narrator’s sanity, which reflects in Tanya’s feared character. And yet, despite her brutal, unforgiving nature, you don’t want to see Tanya lose. Carlo Zen has created a fascinating dilemma—if only more of the book itself was about our rather dangerous titular soldier. 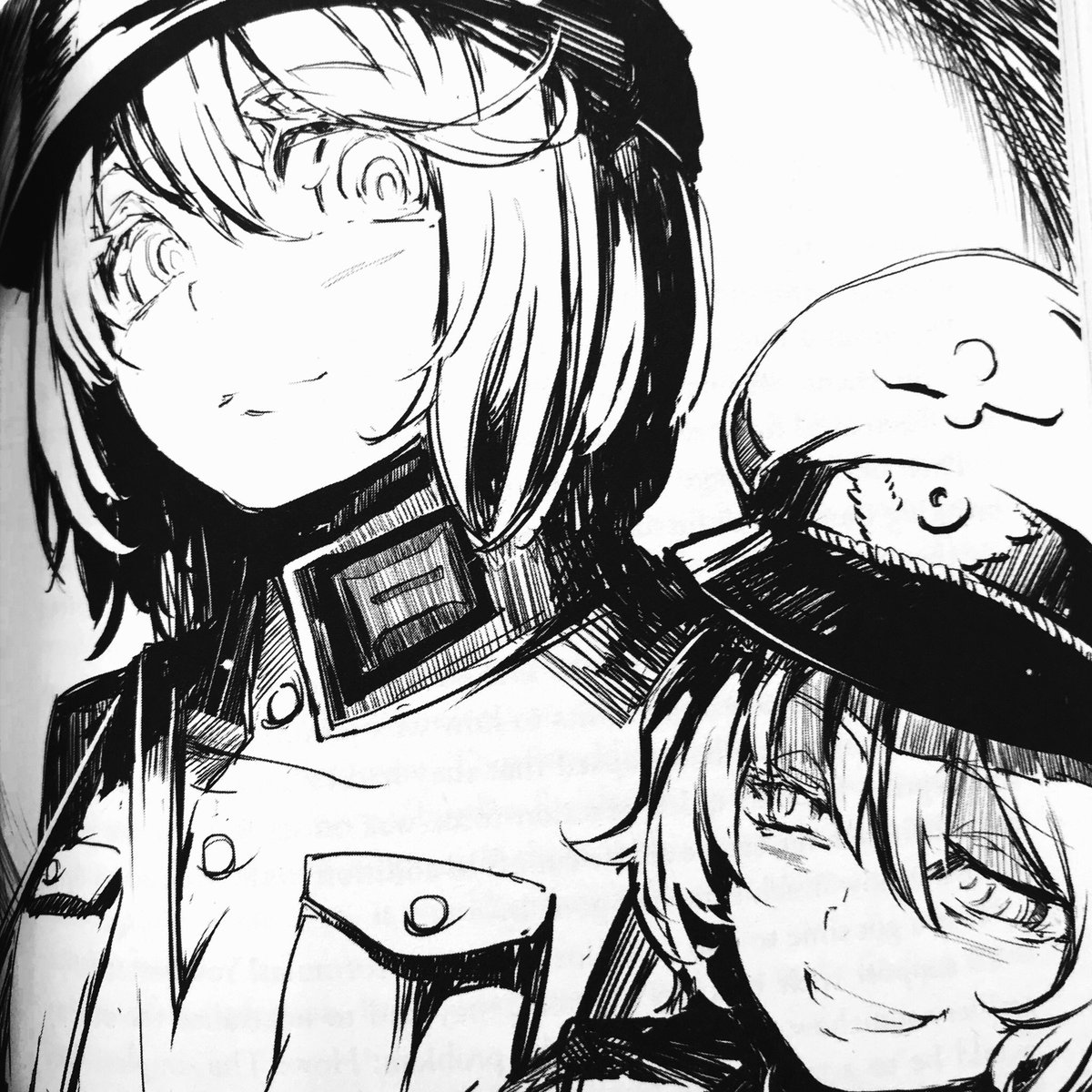 Although it is the saga of Tanya, many events of the book are not observed directly from her eyes. Throughout the novel, we take on the viewpoints of the various members of the military’s general staff, a few of Tanya’s brothers-in-arms, and even a reporter from 40 years into the future. Not only are these mostly just reactions of the same events seen from different perspectives, but they’re hard to follow as well.

I remember reading a passage talking about the war, only to realize a few pages later that this wasn’t the army’s commander or even an Allied Forces captain speaking, but rather Tanya herself commentating on the philosophy of war. The POV often shifts unannounced, too, so you’ll never know exactly who’s shoes you’re in unless you really have a grasp for the characters!

Bravery, glory, honor—all those ideals get covered in mud as they fight to the death, and a handful of exceptions make a name for themselves. — Laeken

I’ll give it to you straight: Tanya‘s first novel is a difficult book to read. Perhaps this speaks to Carlo Zen’s mature writing style, but this is not a novel you’d casually pop open, read for a bit, then put it back down. It’s going to require a bit more commitment than your average light novel series, and while I know some readers crave that kind of challenge, others would be totally put off by it (which is kinda where I fall on the matter).

With constant walls of tiny text, monstrous chapter lengths, and illustrations that are few and far between, you start to understand why it took me a whole month just to read volume one. It doesn’t help that the book is over 300 pages long! So, in addition to being unlike most isekai stories, The Saga of Tanya the Evil is also unlike most light novels.

Much like the way Lieutenant Degurechaff leads with an iron fist, The Saga of Tanya the Evil is a series that can be very punishing to readers unless they know exactly what they’ve signed up for. It’s a densely packed story with so much going on in it, from the philosophies of war and life, to the increasing global climate of a world preparing for war. Zen uses the dreary historical non-fiction backdrop of a world war to toss Tanya into circumstances of danger, and it is in those moments of insecurity that we see the divine cruelty of one all-powerful, pissed off God.

To say the least, the novel series involves much more than a mad little girl flying around using magic to smite her enemies. If you were coming from the anime expecting action at every bend in the rocky road, look elsewhere. Tanya doesn’t take any prisoners, but to those up for the daunting task: “Spend your days in combat and unfathomable danger. If you return alive, you’ll receive honor and glory.” To those poor soldiers, however, my sympathies—you have no idea that the most dangerous thing on the battlefield is the Devil of the Rhine herself.

O saints, believe in the blessings of our Lord. Let us be fearless. At the distant end of our journey, let us reach the promised land. — Tanya Degurechaff

Looking back on it, I definitely enjoyed this first volume of Tanya. It was a tough read for sure, especially since I was expecting more of something like the anime, but I did like the incredible depth placed in the characters and the world. Should you read it? If you’re wanting a military title with a bit of magic and a more challenging read to entertain you, there’s a lot you’re bound to like in Tanya. Will I be picking up volume two? Yes . . . but not anytime soon. I think I need a bit of a break after just reading this first one! For now, The Saga of Tanya the Evil is a “Coffee” title here at the cafe, but I’m sure the story only gets better from here.

Have you read The Saga of Tanya the Evil? If you have, what did you think of it, and if you have not, has the anime ever tempted you into starting? Let me know! ‘Till the next review, this has been